“Flowers are a proud assertion that a ray of beauty outvalues all the utilities in the world.” - Ralph Waldo Emerson

Achieve a more beautiful garden with extraordinary flowering plants. If this is your next project or objective for the coming season, take a look of these flowers that start with X.

Extraordinary Flowers that Start With X 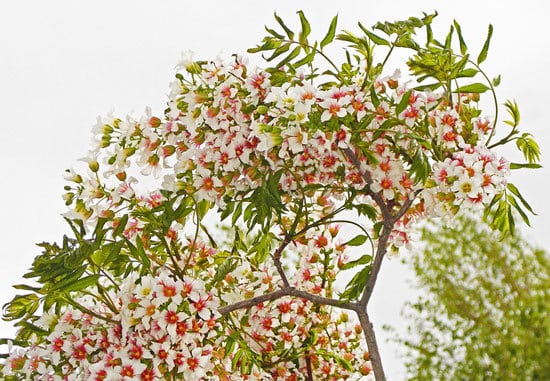 Xanthoceras is a genus name that means “yellow horn”, which is why it’s most commonly called Yellowhorn. This is also known as Goldenhorn, Shiny Leafy Yellowhorn and Chinese Flowering Chestnut. It belongs to the soapberry family Sapindaceae, and is native to China, particularly the northern provinces.

It is a deciduous perennial and multi-stemmed shrub that grows up to 26 feet. It matures with pinnate alternately arranged leaves with leaflets. During late spring to summer, it blooms beautiful five-petalled, star-shaped flowers. The florets are white with red or yellow stain-like color in the middle. Apart from its seeds, both the flowers and leaves are edible.

The genus name of this plant is derived from the Greek words “xanthos” (yellow) and “keras” (horn, which refers to the hornlike features between petals).

Yellowhorn is easy to maintain when planted in well-drained and loamy soil. It requires full sun and tolerates drought. 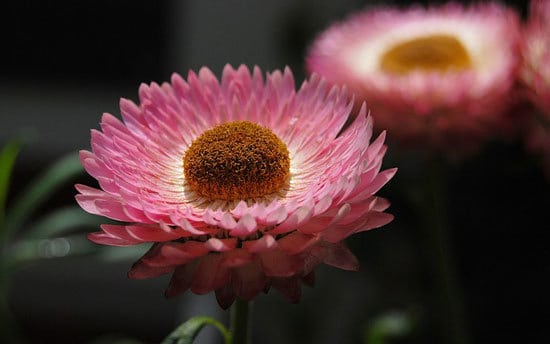 Strawflower is the English name of Xerochrysum Bracteatum, which belongs to the Asteraceae family. It is also known by the name Golden Everlasting. This flowering plant is native to Australia.

It naturally grows as an erect, herbaceous or woody shrub, which can be classified as annual or perennial depending on the species. The large, pretty tubular flowers make this popular. Multiple heads are produced in a single stem. Each flower head has papery bracts that curl over and enclose the disc florets. Colors range from yellow to orange, white to purple, while some are binary colored, but the bracts and disc florets don’t share the same shade. The long, sturdy stems are an obvious reason why it is good for ornamental use.

“Xeros” is a Greek word that means dry, and “chrysos” translates to gold, which refers to the dry golden bracts of the flower. As for its English name, it is given based on the fact that the bracts have straw-like texture.

This flowering plant represents immortality as well as agreements. 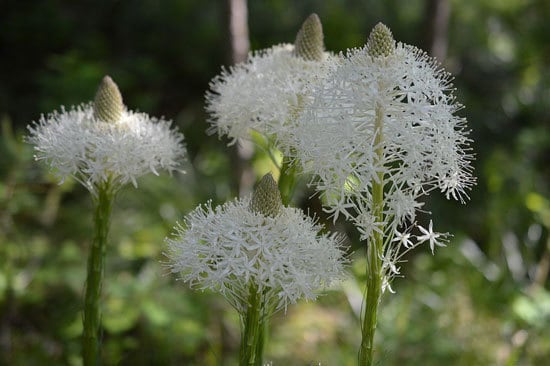 Xerophyllum, which is a genus name of perennial plants belonging to the family Melanthiaceae and is native to North America. There are two known species of this, namely Xerophyllum Asphodeloides and Xerophyllum Tenax.

Xerophyllum Asphodeloides is native to the Pine Barrens in New Jersey and the southern Appalachian Mountains stretching from Alabama to Virginia. This species grows up to 5 feet high featuring threadlike or linear leaves with serrated edges and astonishing white (sometimes cream) flowers. The cotton-like flowers have 6 tepals formed from a long raceme, and each raceme has multiple heads.

The other species Xerophyllum Tenax is more common in the western part of North America from Alberta in Canada to California, USA. This is where the famous Indian Basket Grass and Bear Grass belong to. Like Xerophyllum Asphodeloides, flowers have the same features as far as tepals, sepals and stamens are concerned. The white flowers are slightly fragrant.

Indian Basket Grass is given by that name as the Indians in the early years had been using this plant to weave baskets. 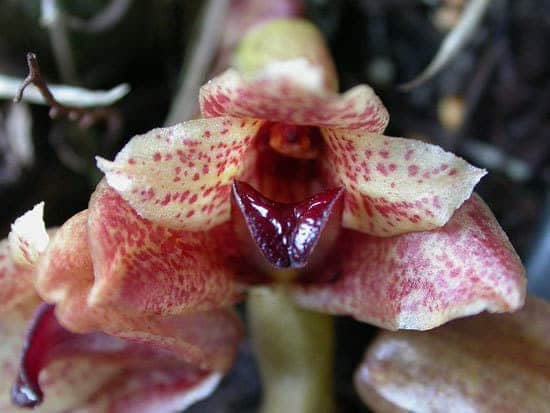 Xylobium is a genus of flowering plants in the Orchidaceae family. There are around 35 species of this and are usually native to South America, particularly the tropical regions such as Mexico and Brazil.

This flowering plant is basically a type of orchid. It has elongated pseudobulbs, having 3 leaves and woody stems. To produce beautiful flowers, it must be regularly watered and exposed to bright light. In addition, cool to intermediate temperatures are needed with a humidity level between 40% and 70%. 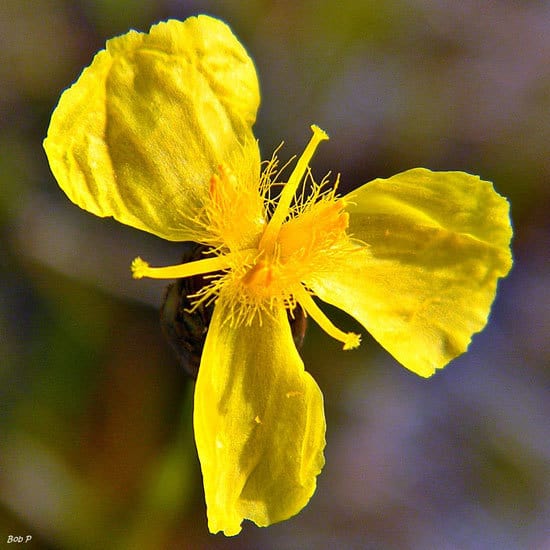 Xyris is a genus of flowering bog plants, which belongs to the yellow-eyed-grass family. Over 250 species are reported to have cultivated throughout different regions in the world. This is a type of grass like plants that produce beautiful yellow flowers. They may be small but the inflorescence is abundant creating a vibrant field of grass. The buds on the spike begin to appear in the morning and gradually opening and blossoming into its flower form in the afternoon.

Truly, there is no denying that these flowers that start with X are extraordinary.

Which of these five flowers that start with X catches your attention?