“A garden to walk in and immensity to dream in--what more could he ask? A few flowers at his feet and above him the stars” said Victor Hugo. Indeed, the beauty of a garden and flowers to surround you can very much envelope everything we know and love. In your plants are your hard work and your passion for making things grow. What better way to be rewarded than in the wonder of blooms. Have not just one, but many of these earthly stars. So, let’s begin with six beautiful flowers that start with A.

Along the way, we’ll learn what secrets these flowers keep.

12 Beautiful Flowers that start with A 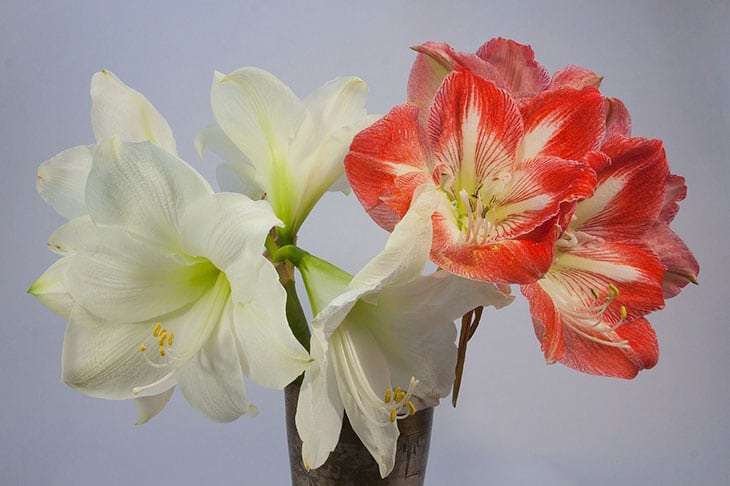 The Amaryllis is known for the lively red and bright white colors. Because of their height and sturdiness, they are used to symbolize love, determination, and strength. The Amaryllis’ botanical name, Hippeastrum, amplifies this characteristic which in Greek means a knight’s star. 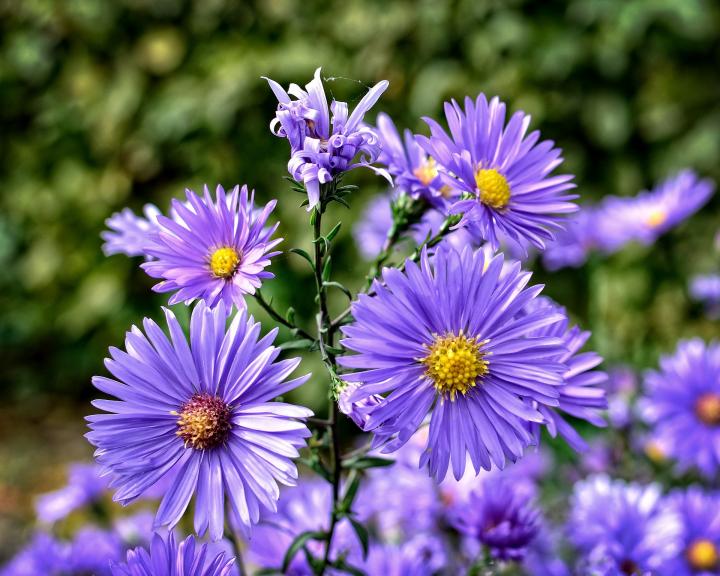 Via Courtesy of Almanac.com

The aster blooms into daisy-like flowers shaped like stars. Despite being commonly found in the wild, asters have a beauty that seems to be curated by nature itself. And it’s fabled that where Virgo scattered stardust over the Earth, aster flowers bloomed. The flower often represents love, firm faith, and wisdom. 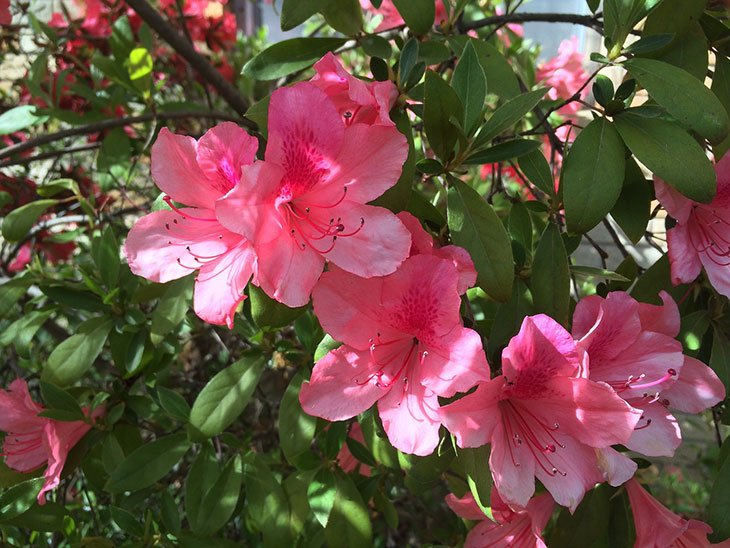 Azaleas are commonly referred to as royalty among plants due to their bright and powerful colors. They grow quick and sturdy and bloom in massive numbers. The azalea would usually signify femininity, abundant intelligence, and temperance, not unlike a princess developing into a queen. 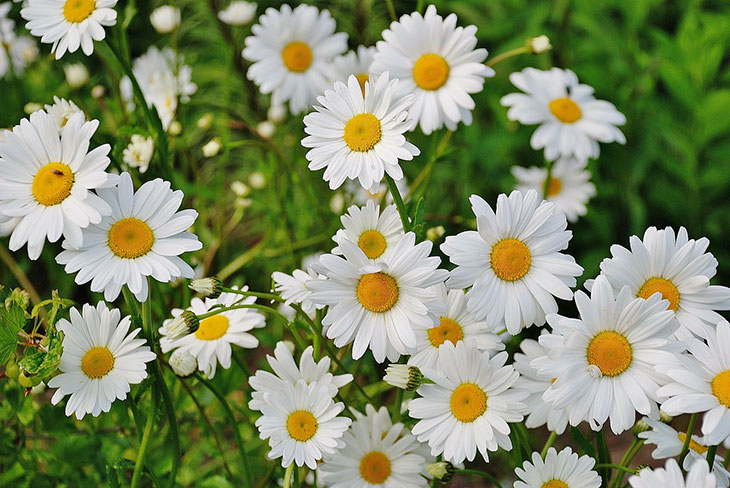 Argyranthemums, more commonly known as marguerites or marguerite daisies are a favorite garden plant. Their colors seem to pull spring and summer back after the cold winter. Its name means silvery flowers and they usually carry a meaning of innocence, purity, and the strength to keep secrets. 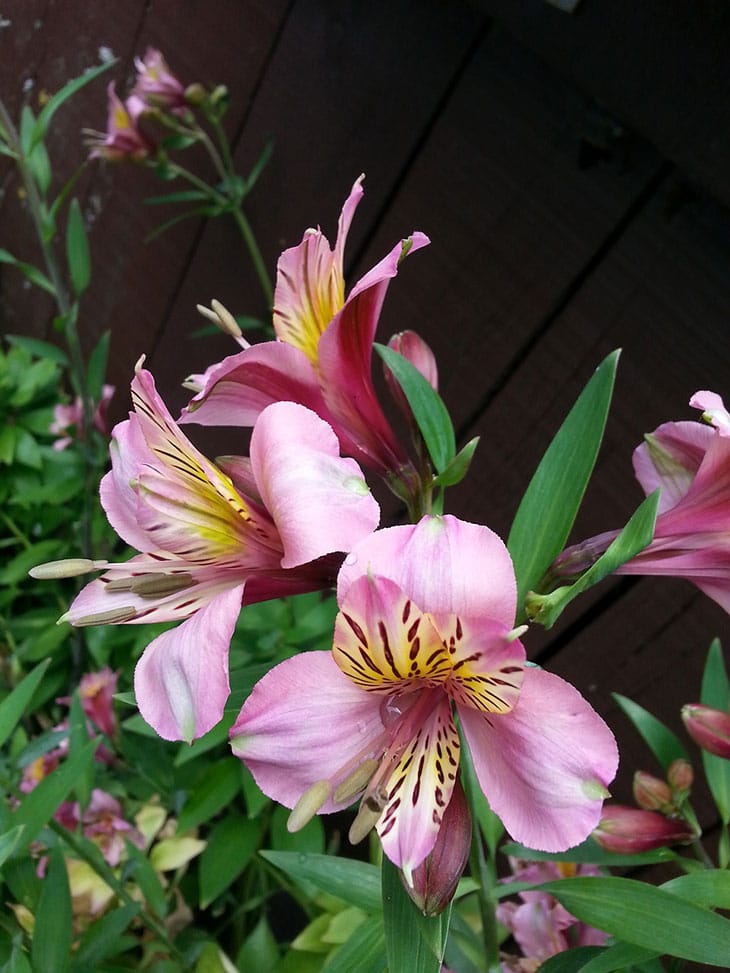 Alstroemerias bloom in a broad spectrum of colors and are more affectionately known as Lily of the Incas. The plant was named after a Swedish baron named Baron Claus von Alstromer, its discoverer. The lily of the Incas signifies friendship due to the twists of its leaves In growth, as friendships also go through similar twists and turns as time passes. 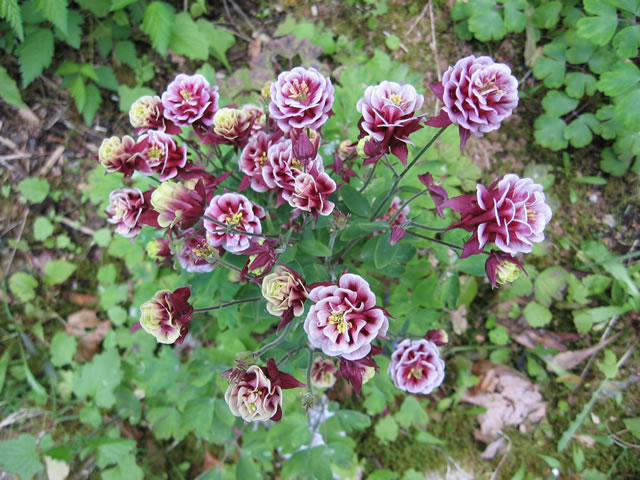 Columbines or Aquilegia are wild plants that bloom small delicate flowers. Its name, Aquilegia, is Latin for eagle. And like eagles columbines are hardy perennials that adapt and survive in many different environments.

Yellow Aquilegia symbolize life and happiness while purple one can refer to penance. 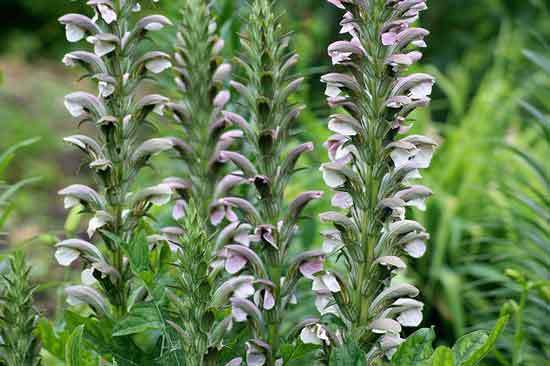 Belong to the Acanthaceae family, Acanthus is a flowering plant with 30 species. It is native to places wherein temperatures are tropical and warm, like Asian regions and the Mediterranean Basin.

Acanthus is also known as Bear’s Breeches. It reaches a height of 3 to 6 feet. This produces nectar and blooms white, pinkish or purplish spiky flowers. For better growth, it requires a full sun exposure in a rich, well-drained soil. 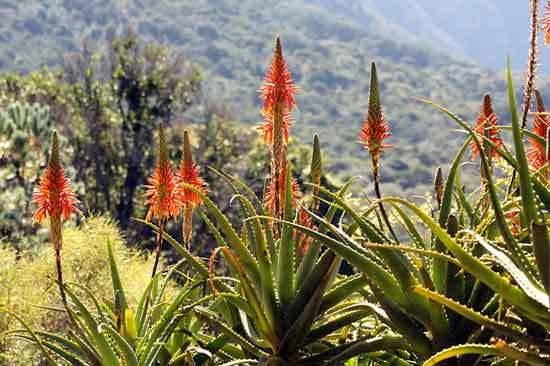 Perry’s Aloe,the Fynbos aloe or Succotrina, which is the other name for Aloe Socotrina, is native to Africa, like most species of Aloe. But it commonly grows in Cape Town, South Africa. This belongs to the Asphodelaceae family.

For Socotrina to survive, it needs well drained soil and a lot of sun, which is why its flowers bloom mostly during the summer season. It can survive in early fall and winter. When it blooms, a tall, red raceme appears, and is pollinated by sunbirds.

There is no known symbol or luck of this flower. 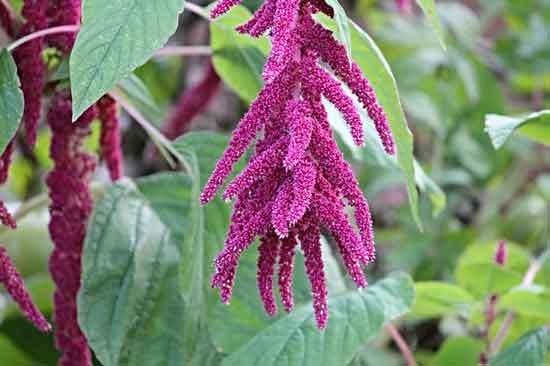 Depending on the species, Amaranthus are considered flowering or ornamental plants, leaf vegetables, and pseudocereals. It is known as pigweed that grows during the summer to winter frost. It’s also the same time where clustered catkin-like cymes of red to purple flowers appear. In addition, it holds an average of 5 stamens, which are situated opposite the sepals. Its stem color can also be striking in crimson to maroon that grows between 3 and 8 feet.

Flowers of the amaranth plant represent immortality. After all, its name is derived from a Greek word that means “unfading”. 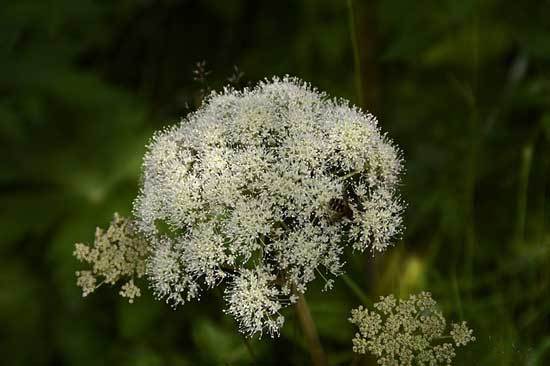 Angelica, or otherwise known as Garden Angelica, is a type of herb with different species of about 60 that belongs to the Apiaceae family. This is native to subarctic and temperate regions, which include the Northern Hemisphere. It best grows in moist and loamy soil but well shaded areas.

This plant blossoms an abundant cluster of white to light greenish to yellowish white flowers. These are often pollinated by several insects. The leaves can be described as large bipinnates and serrated, while stems are thick, fluted, hollow green, sometimes purple in color. The whole plant grows from 3 to 9 or 10 feet.

The flowers are used as holistic medicine. They are believed to aid in the reproductive system of females, relieve cramps, urge delayed menstruation, speed up labor during pregnancy (although not recommended by doctors due to its high potency level). These are also helpful in easing common digestive issues, treat cystitis, prevent bronchitis as well as sore throats and mouth ulcers.

Angelica flowers are considered as “encouragement” and “inspiration”. A bouquet of this can be given as a gift as a way to express thoughts, appreciation or a “get well soon” to people who may need it. 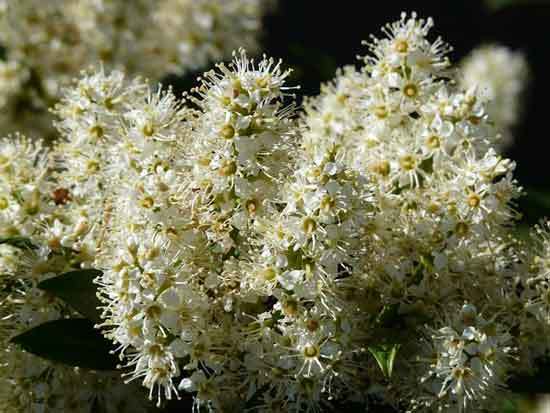 Anthericum is a type of rhizomatous perennial plant in the family Asparagaceae with around 65 species worldwide. This genus is native to Africa and some other parts of Europe.

Its name is derived from the Greek word “antherikos”, which means “straw” that best describes its narrow grass-like leaves. The tiny, white flowers are connected to the long, thin branched stems. This flowering plant grows from 2 to 3 feet. 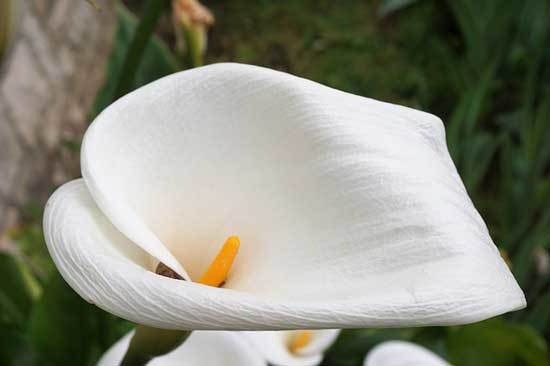 Native to central Asia, north Africa and Europe, Arum is a rhizomatous, herbaceous perennial plant that features a beautiful lily flower, also known as arum lilies. This is an inflorescence that’s made up of spathe in white, yellow, purple or brown color, and spadix with flower cluster on the bottom. Some flowers are scented, but regardless, they are too pretty not to put in a vase for various occasions.

Furthermore, this plant grows an average of 1 to 2 feet tall. All parts including the berry fruits are poisonous. It contains a high level of calcium oxalate known as raphides.

Arum flowers symbolize purity and innocence. They can also represent elegance and beauty due to its strikingly gorgeous appearance.

Whether they are ornamental or wild flowers, this list of flowering plants that start with the letter “A” no doubt an equal great favor or decoration to a home and garden. Some pretty and charming plants bring positive energy.

Which of these “A” beginning flowers are planted in your home garden? Are there any of these that spike your interest?

Do you have another beautiful flower in mind that starts with A? Is its meaning and symbolize as equally wonderful? Let us know what you think!

What Flowers to Give on Your Anniversary?

The Fascinating Truth Of Where Do Carrot Seeds Come From

Why Are My Strawberries So Small In The Home Garden?

What Flowers to Give on Your Anniversary?
How To Start A Flower Garden In 12 Steps?
How To Prune Bougainvillea To The Right Shape?
How Long Do Orchid Blooms Last?
How Often To Water Poinsettias?
Yellow Perennials – 10 of the Most Beautiful Sun-Colored Flowers