Why Are My Cucumbers Turning Yellow? This Is Why! 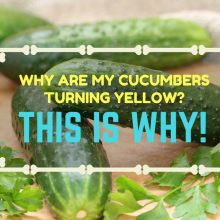 A sought-after succulent, the yucca, adds a very tropical feel and a distinct look to your garden. It’s a sure head-turner with its long foliage like swords and beautiful fountain-like white flowers terminating on a long trunk from its base.

​Pronounced YUK-ah, it is often misunderstood to be the same as yuca (pronounced YOU-kah), the root crop that is otherwise known as cassava. The yucca’s roots are not edible but if you’re ever in need of natural shampoo/soap source, you’ve found one! More on that later.

Are Gerbera Daisies Perennials? The Truth Will Surprise You!

Who wouldn’t love gerbera daisies growing in their own backyard? Gerbera daisies are so perfect and colorful that they hardly look real. This flower blooms in nearly every color and produces beautifully large flowers on long, thick, and sturdy stems.

Whether you purchased the plant or received it as a gift, proper gerbera daisy care will certainly be a topic that will cross your mind. You will start to wonder whether you can grow this for one gardening season only or re-sprout it year after year.

How to Get Rid of Crane Flies Quickly and Effectively 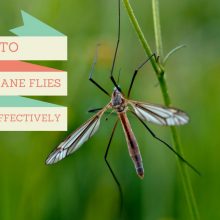 If you discover a giant mosquito flying around your garden or zipping near your back porch light, do not panic. It’s only a crane fly!

Throughout the summer months, adult crane flies emerge from below the ground to mate and lay their eggs. Even though they are considered beneficial decomposers, they can also cause lawn damage. Thus, you may need to consider getting rid of them before they cause damage to your plants.

20 Important Tips You Need to Know About Mowing Wet Grass

It’s very amusing. Mowing wet grass, it seems, has somehow become an ignoble faux pas. The intensity in the way that many preach of its prohibition and the consequences of failing to do so can rightly be compared to other hard and fast rules such as, “Don’t shave against the grain”; “Don’t button your jacket’s bottom button”; and “Don’t overcook the pasta”.