5 Of The Best Mosquito Fogger To Protect Your Garden, Home, and Family 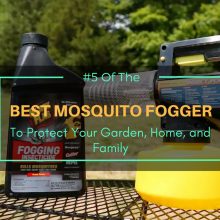 What comes to your mind when you think about the most dangerous animal in the world? Do you think of disease-carrying rats? Maybe, Man-eating lions or deadly sharks? Surprisingly, none of these animals, no matter how dangerous,can compare to the top killer weighing only a mere two and a half milligrams: mosquitoes.

7 Great Benefits to Why Use a Lawn Roller 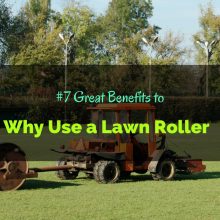 Why use a lawn roller instead of the regular one? Are there benefits of using one? Or is it only helpful during some particular instances?

Keeping your lawn healthy and green requires some work. But the use of equipment and tools make the whole process a little easier and more manageable. One of the best devices gardeners can rely using is a lawn roller.

5 Simple Steps on How to Get Rid of Nutsedge 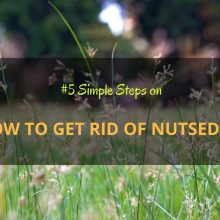 If you’re searching for basic ways on how to get rid of nutsedge, look no further! This article focuses on the two nutsedge removal options. And if this is your first time to deal with this kind of weed, these suggestions are basic.

Nutsedge is often mistaken as grass rather than weed that should be removed immediately. Also known as nut grass, this weed is less easy to get rid of but can be prevented. It appears similar to ordinary grass with a blend of bladed yellow and green leaves and a purple or yellow spiky head.

Overgrown With Weeds? See 5 Of The Best Weed Killer For Lawns 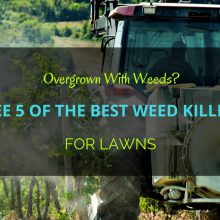 Few things annoy and trouble gardeners as much as weeds. These invasive, and quick-growing pests can quickly consume the nutrients in your soil and choke the life out of your turf and garden. Although to adequately combat this resilient foe, I had to thoroughly learn about weeds, their different types, and kinds, as well as some tips to prevent them from growing. Prevention, of course, is always better than a cure. You’ll find all of what I’ve learned here. 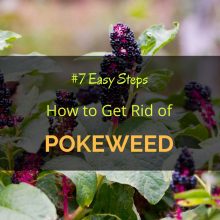 How Long Does It Take for Grass Seed to Sprout?
What Causes the Grass to Turn Yellow?
How to Remove Grass with A Shovel Without Breaking Your Back
The 5 Best Gas Powered Hedge Trimmers You Should Check Out!
How To Dry Up Your Wet Yard Without Stressing Out?
Reviews of 5 Best Grub Killer for Lawns