Imagine the world without flowers, or the world with only a single variety. No matter the beauty of that flower, it might as well be a blade of grass. So if you’re looking to freshen up your garden with color and variety, why not begin with the flowers that start with D?

Transform your gardens with blossoms that run the gamut of colors and different types. In this list, you’ll see daffodils to dogwoods and the meanings behind their blooms. Also, the links provided will help you plant and grow these beautiful plants! 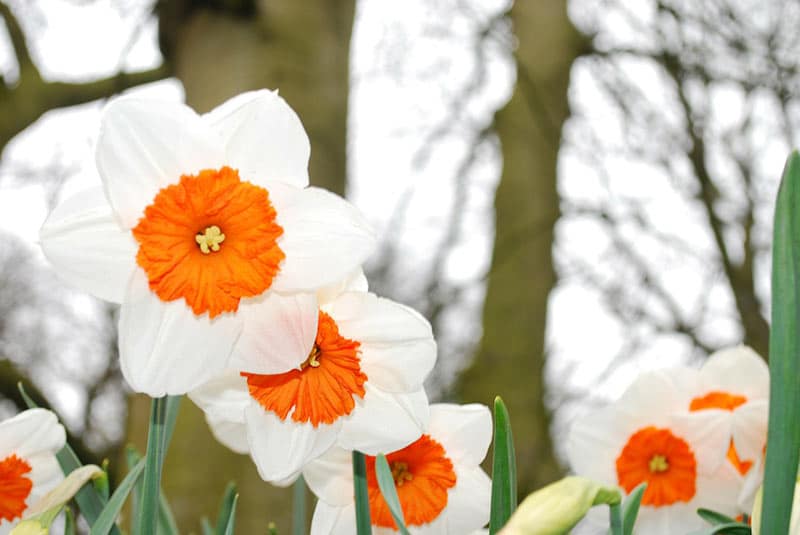 Legend tells of a man named Narcissus who, enamored by his own reflection on water, drowns as he tries to capture his beauty. The daffodil was then also called Narcissus due to their beautiful reflection on the water near the place where the man met his fate.

As one of the first flowers to bloom come springtime, daffodils often represent rebirth, beginning anew, and inspiration.

These flowers can grow both in the wild and in the back of our gardens. Their beautiful colors and scents are what drive people’s attention to them and what makes them so popular.
Daffodil is native to the woods of southern Europe and North Africa. Usually, daffodils grow in groups but they can also appear individually. The blooming of a daffodil lasts only 20 days. Daffodils are a quite popular flower to grow in gardens. If you’d like to decorate your interior with this flower, make sure you don’t mix it with other flowers. As the stem of daffodil accelerates the death of other plants. 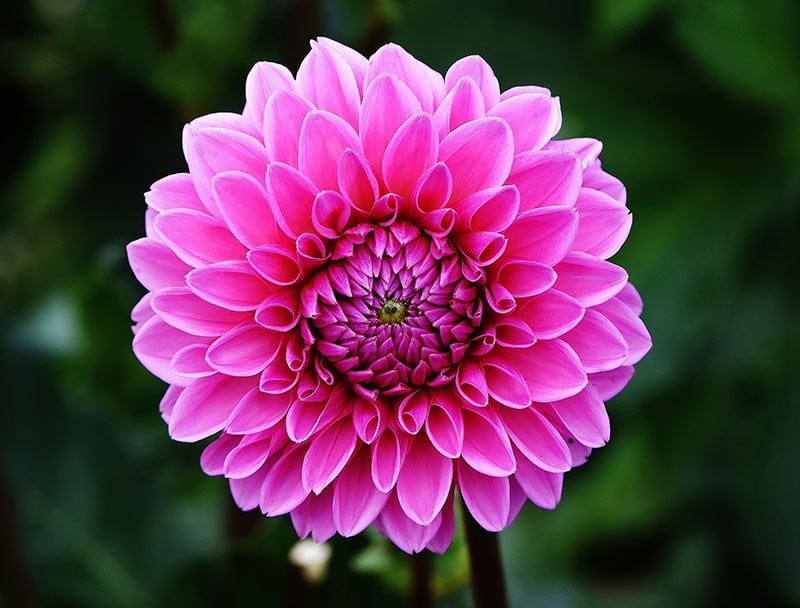 Growing dahlias can be incredibly addictive. You wouldn’t want to grow just one. Not because they are a narcotic but primarily due to their comeliness and growing them is easier than most flowering plants.

Some say the Dahlia was named after Anders Dahl, a botanist in the 17th century. Furthermore, dahlias represent dignity, especially in difficult times, and abundant gratitude.

Dahlia flower has a lot of symbols;it said that it symbolizes elegance, inner strength, creativity, change, and dignity. They are also known to represent one who stands strong in his/her sacred values. It also symbolizes that the love of a couple that is going to get married will be eternal. All around the world the dahlia flower is known as the symbol of marriage and love. In the Victorian period this flower represented a long-lasting relationship and this symbolism is present today.

Dahlia flower is one of the most beautiful flowers in the world, and it is the national flower of Mexico. There is something special to it that can only be described by looking at it. They are beautiful and are usually used for decoration. We are sure that dahlia flowers will make your home and your environment beautiful.

Furthermore, this flower is not used in medicine. Actually, it is very poisonous, so it should not be eaten and it should not be used for medicinal purposes. Also, it is recommended to keep your children and also your pets away from these flowers. 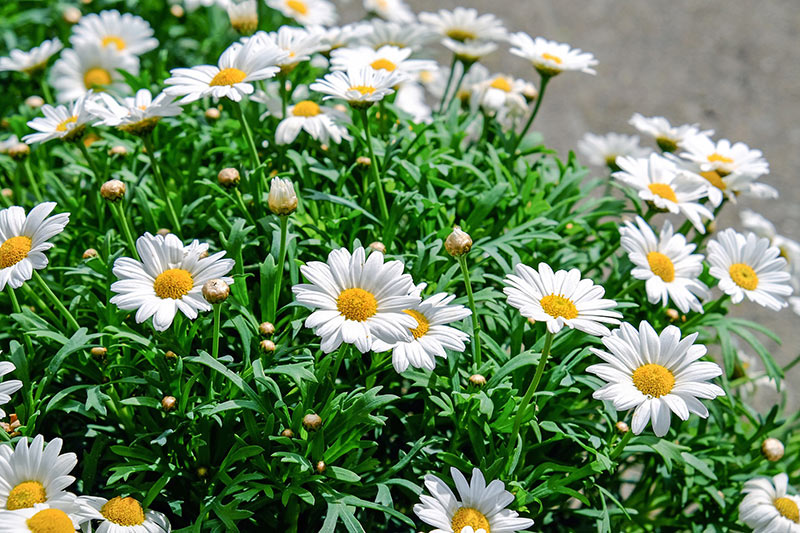 The most common daisy would probably be the one that looks like the sun with white petals for rays. However, did you know daisies are two flowers in one? Interestingly, its yellow center with its tiny disc petals is one flower, while the white petals around it is another!

The name Daisy came from an Old English word that is hard to write and even harder to pronounce. This word in translation meant “day’s eye” because the flower would only open their petals during the day and closes during the night. It can be found in colors by white, yellow,pink and red.

In Norse mythology, the daisy is Freya's sacred flower. Freya is the goddess of love, beauty, and fertility, and as such the daisy came by symbolizing childbirth, motherhood, and new beginnings. Daisies are sometimes given to congratulate new mothers.

Although technically a weed, Dandelions are prized not just for their brilliant flowers but also for their usefulness! Every part of the dandelion, such as its flower, leaves, and roots are important for medicine and food!

Dandelions represent healing due to its medicinal and culinary use. Additionally, it also symbolizes the warmth of the rising sun and the joy and hope that brings.

The dandelion actually has a Latin name of Taraxacum, which is not a nice name. But, the name actually comes from a French word and means “lion's tooth”. The floral meaning of the dandelion is that it is a gift to a loved one that will provide happiness and is a promise of total faithfulness.

This flower is a symbol of peace, warmth of home and unity. It is usually located in the gardens, and for this reason it is one of the symbols of the household. 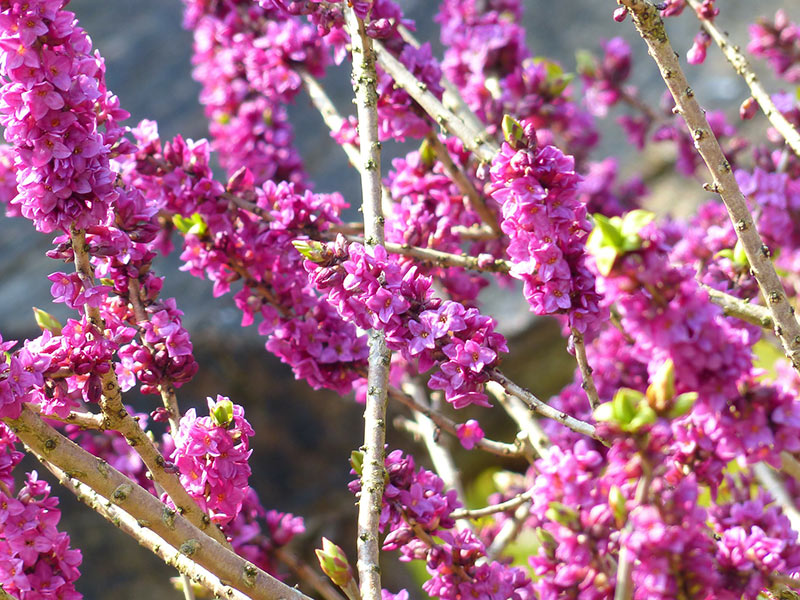 Gardeners love Daphne, specifically the winter daphne or daphne odora, due to its fragrant blossoms that are reminiscent of rose-citrus perfume. Also a lovely site, Daphne flowers bloom in dense clumps like fleshy globes of pink.

The Daphne flower conveys the meaning of loveliness and sweetness – qualities that bring a smile to your face.

It is a species of flowering plant in the family Thymelaeaceae, native to China, later spread to Japan and Korea.It rarely fruit, producing red berries after flowering. The Latin specific epithet odora means "fragrant".They are noted for their scented flowers and often brightly coloured berries. Colors are in pink and purple.

Daphne odora is a temptress who seduces gardeners with her sweetly-perfumed fragrance.Daphne odora also has the advantage of being somewhat deer-resistant because it has thick leaves. 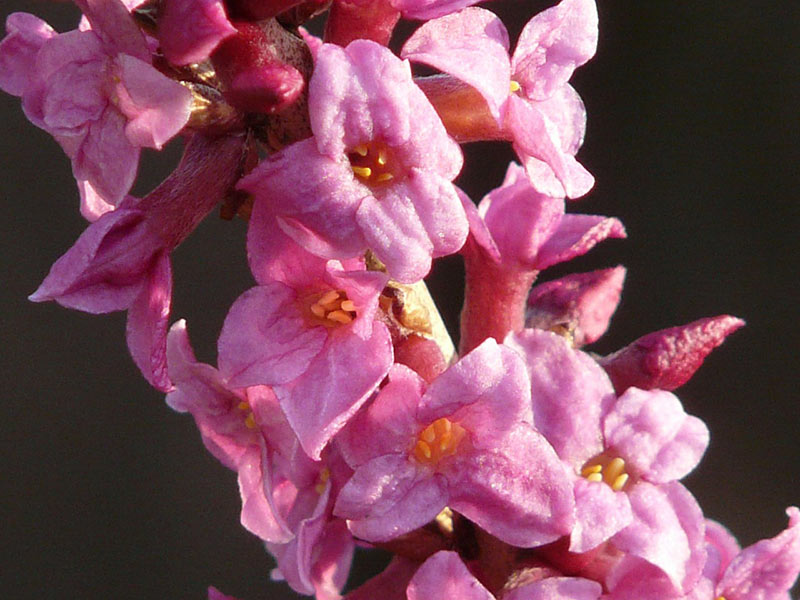 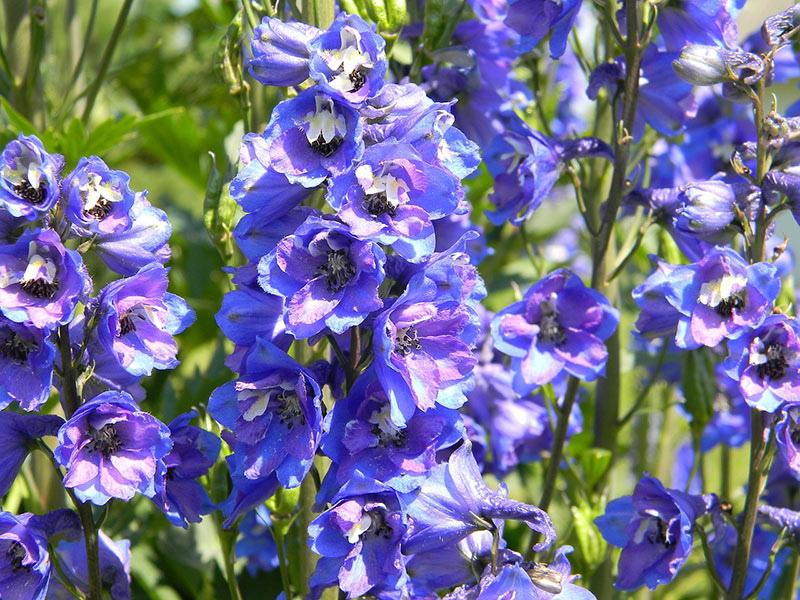 The tight clumps of Delphinium flowers grow in tall spikes that range in colors of red, yellow, blue and purple. Additionally, their name comes from the Latin word for dolphin, which is due to the plant's nectary resembling the shape of a dolphin.

Delphiniums symbolize the celebration of joy and a positive outlook despite troubles. Careful, though, of young, immature delphiniums and their seeds as they are toxic to both humans and animals.

The Delphinium flower is a beautiful meadow flower that grows in many parts of the United States and Europe. Because of its rich color, Native Americans used it to color their clothes and other objects. They had special recipes to extract the color from the flower and use it for coloring. 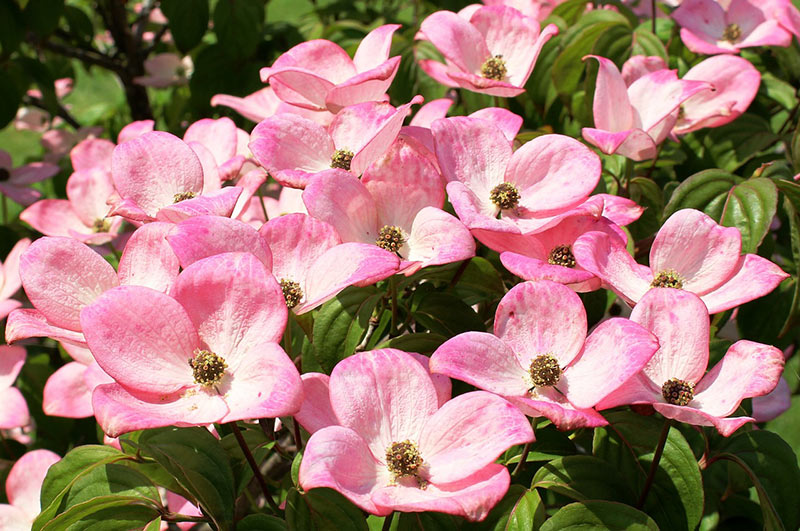 Despite only producing flowers in spring, dogwood trees have all-season appeal. They’ve attractive leaves in summer and fall as well as beautiful fruit in late autumn. Also, the dogwood is one of the most popular flowering trees.

The blossoms of the cornus florida signify endurance, reliability, and resilience.

Dogwood flower tells us to enjoy the moment, our emotions and not get into things too deep before you get a reaction from the other side.

Despite only producing flowers in spring, dogwood trees have all-season appeal. They’ve attractive leaves in summer and fall as well as beautiful fruit in late autumn. Also, the dogwood is one of the most popular flowering trees.

The blossoms of the cornus florida signify endurance, reliability, and resilience.

Dogwood flower tells us to enjoy the moment, our emotions and not get into things too deep before you get a reaction from the other side. 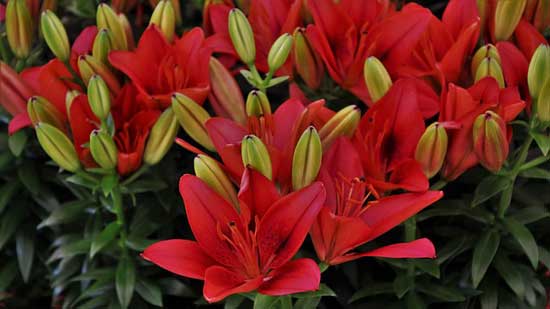 Daylilies are a lovely, vibrant flowering plant belonging to the Asphodelaceae family. Its name Hemerocallis is derived from two Greek words, which mean day and beautiful. This produces pretty flowers during spring to fall season, lasting around 30 to 40 days.

What’s interesting about this plant is that its flower typically blooms in just a day. Most of its species open up flowers in the morning and then are replaced by another the next night. Others bloom during the night. Thus, harvesting the flowers for decors and table centerpieces should be done right after its bloom. And to further lengthen its life, cut the stems constantly for days.

A single daylily has three petals and three sepals. In fact, these are collectively termed as tepals. With its different species, you may plant that product red, orange, pink, purple or yellow flowers. 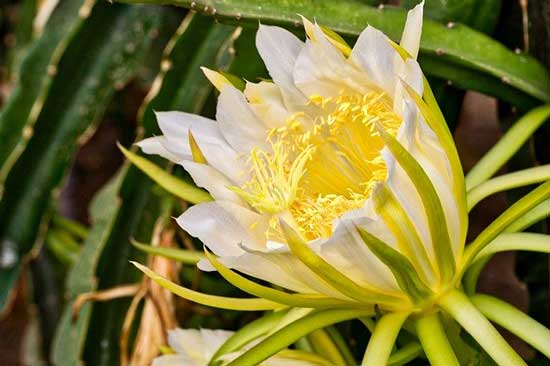 Dragon fruit plant bears fruits for five long months in a year. This harvesting period is indicated by the appearance of flowers. It usually begins in the early months of summer, which is in June. The pretty flowers bloom shortly and usually at night. They are white with yellowish sepals.

The fruit represents vitaliy, luck, and power, but the flowers may symbolize several things, such as elegance and beauty. 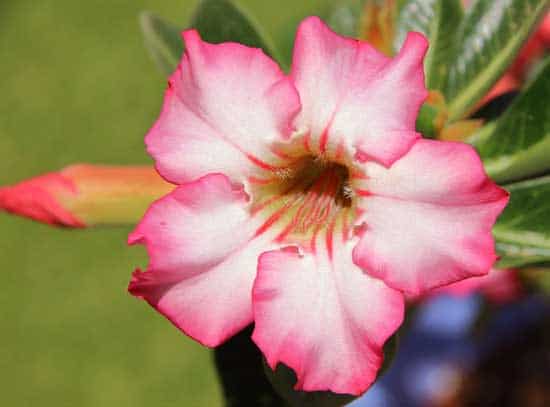 Desert Rose is a typical residential and gardening plant in tropical and subtropical regions, which include Asia, Africa and Arabia. This is a species of the Apocynaceae family. This flowering plant has a resemblance to bonsai.

This plant is either annual or perennial, but is a type of succulent shrub or evergreen. Its flowers are tubular featuring five petals. They are often pink or red with whitish blush.

These ten exquisite flowers that start with D are easy to care and maintain if the right soil, temperature and other basic planting steps are met.