Boxelder bugs are the common pests across, which can be found in many places. The adult bugs can go up to 1/2 inch long. Typically, boxelder bugs are black or bright red, with narrow reddish lines on their back. They mainly feed by sucking the box elder tree juices, but sometimes you can find them on other plants like maple. These boxelder bugs do minor damage when they attack the trees but can become a nuisance at a particular time of the year. They develop through a gradual metamorphosis from egg to nymph and then to adult. 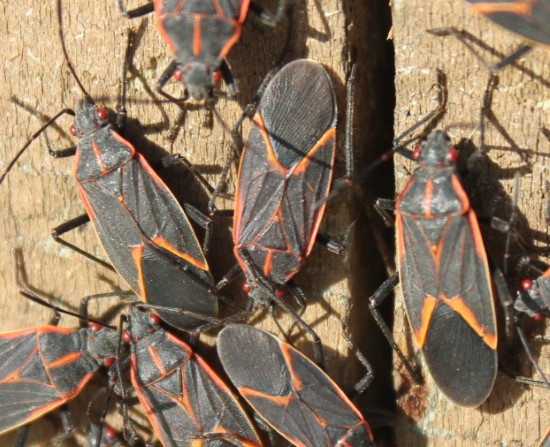 When they accumulate to a large population and attack homes, they are pests just by their availability. However, their sucking and piercing mouths can sometimes penetrate the skin and cause mild irritation. At times they leave the fecal material behind, which can stain other places like curtains.

Adult boxelder bugs are most seen in the home environment, where they are dark and have three different stripes of red and orange; the two centered on the sides of the body and the first centered behind the head. The abdomen of the adult is orange.

You can get their eggs found on the leaves, in the ground of vegetation, and boxelder seed pods. These eggs are yellow and are in clusters that start to turn red as the nymph develops. This develops into five stages and turns red as they grow. Adults can be misidentified sometimes as the stink bugs often resemble them.

The Life Cycle of The Boxelder Bugs

Adult boxelder bugs survive the winter under loose tree bark, in houses, in plant debris, outbuildings, and garages. They are seen in spring when the weather gets warmer. Typically, they stay close to the soil and feed on box elder seeds and other plants for two weeks before the mating cycle begins.

The female bugs fly through female box elder trees and start to lay their eggs in the pods, under the leaves, and on the seeds. Also, they leave their eggs on branches and stems. Eggs take about 10 to 14 days to hatch. In summer, all the boxelder stages can be found around the host trees.

The Damage Boxelder Bugs Cause

The boxelder bugs are the sap suckers that penetrate plant tissue with considerable proboscis and use the secretions to consume them. They feed almost the entire family of vine and maple trees that include the boxelders and their seed pods but are also known for feeding on fruit in dry summers.

Their infestation can cause the leaves to curl and turn yellow or leave some spots on the stems. Damage to peaches, grapes, and other berries is primarily cosmetic and appears depressed and bruises. 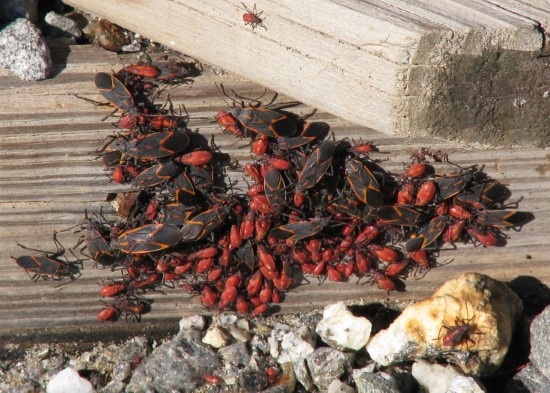 How to Get Rid of Boxelder Bugs

When working with insecticides or any other chemical, you can never be completely safe. Wear heavy-duty gloves, a dust mask, long pants and sleeves, and protective goggles. This will prevent your eyes, skin, or airway from chemicals.

When choosing a product, carefully read the safety instructions on the label. Although some of them are not harmful to humans, it is better to protect yourself. Dust can irritate the lungs if you inhale large amounts and can also dry out the eyes.

It would be best if you chose the safer treatment before you use the dangerous pesticides. As per the manufacturer's instructions, use a large scoop or a hand duster to sprinkle the diatomaceous earth around the bottom of the maple or boxelder trees. Then, spread more of this product around the house and be more generous around the windows and doors.

You will need to reapply for the treatment if the boxelder bugs return or if it rains. Diatomaceous earth is not toxic to pets and humans, but it is fatal to these bugs. This is because it has a fine silica-based powder, which affects the exoskeletons of the insects and leads to death. If possible, you can use borax rather than diatomaceous earth because the boron compound is safer when used at home.

3. Spray Insecticide Outside the House

Boxelder bugs release the chemicals, which attract other bugs that can sometimes result in a large swarm. Typically, this is common in the fall, when bugs try to find a warm place to live in winter. When the swamp happens, use insecticides to kill the boxelder bugs. Follow the application instructions when using the product, observe all precautions listed, and spray the whole wall where these bugs congregate.

Also, you can spray the insecticide around the home to keep the boxelder bugs out. Look for the commercial product, which lists the Boxelder bugs in the instructions. The typical chemical pesticides in residential areas include cyfluthrin, deltamethrin, and bifenthrin. You need to keep pets and children away from insecticide-treated areas.

4. Call The Professionals If the Boxelder Bugs Don't Go Away

If you are tired of borax, commercial insecticides, or diatomaceous earth but the boxelder bugs are not going away, call for professional exterminators. These exterminators will assess the condition and give you an estimate of how much it can cost to fix this problem.

Many professionals do not charge anything for the consultation. If you have never used these exterminators there before, ask your family members or friends for recommendations or search online to get one with the most positive reviews.

5. Clean The Boxelder Bugs Surfaces with A Dish Soap

You will find that the boxelder bugs congregate in different areas. They love heat-reflective and warm places where they can absorb heat. Boxelder bugs frequently find their way into buildings when they gather around these surfaces.

When you spray the congregations, scrub the perches with water and soap or a scented cleaning solution. When you use a cleaning solution to repel the boxelder bugs and stop them from returning. Also, it helps to remove secretion of pheromones box elders to attract one other to good meeting places.

6. Vacuum the boxelder bugs up

It sounds like a symptomatic treatment, but removing boxelder bugs when you spot them helps keep them away. However, it is not recommended to crush them because they release a smelly liquid when they are destroyed, attracting other insects. Rather than killing them, vacuum them using a vacuum cleaner.

When you are done, please dispose of the vacuum cleaner bag so that the bugs do not come out on their own. For the best results, clean vacuumed areas with water and soap immediately after removing the boxelder bugs.

Not every boxelder bug can be seen; some prefer hiding in the attic, basement, or near the rooftops. To get them, you need to place a lightweight bug trap where you can get them. The most operational trap is the use of light or glue to attract and trap them. Discard the traps as quickly as possible to avoid odors that come from boxelder bugs.

8. Seal Up Windows and Doors

As the boxelder bugs come together, they push one another to cover more perches. Eventually, they will be in crevices and gaps around the nests. Once they are inside, they will follow the heat until they are inside the building. When you find boxelder bugs, seal the gaps where they pass through, and this you will cut their primary access point. Start around the door and window frames, fill all openings and cracks with sealant, and ensure you are thorough in filling them all.

The boxelder bugs get attracted to heat. They are often found in switch boxes, electrical outlets, return air vents, or heating ducts. They have incredibly flat bodies, which make them even easier to squeeze under plates. Look for them around the outlets and plates. If you discover any, remove the fixture instantly.

Vacuum the bugs and then seal and clean the plates before you replace them. If it appears like the plate is not placed correctly, it probably isn't. Consider replacing the vent that does not fit properly into its housing.

This can probably be the extreme solution to get rid of boxelder bugs, but the results are undeniable. The boxelder bugs typically live around the female box elder trees. When the trees produce the helicopter seed pods, they attract these bugs. Removing the trees will significantly reduce the number of boxelder bugs in homes. If this is not possible, you should trim the trees regularly.

Likewise, if they fall off, sweep or mow the seed pods as often as possible. Reduce the cover sites in your home and between the trees. The less comfortable the boxelder bugs are in the garden, the less they will stick around.

If you are looking for a product that can kill boxelder bugs together with Japanese beetles and lady beetles, then go for the HARRIS model. It comes with a ready-to-use formula, which does not require shaking or mixing. There is a non-staining and odorless formula that cannot damage the fabrics when applied according to the label directions.

Thanks to the water-based formula, which does not leave any greasy or oily residue. The product comes with a squeeze sprayer, which can effectively spray the areas until the surface is slightly moist. On the other hand, it is EPA registered, making it suitable for outdoor and indoor use. 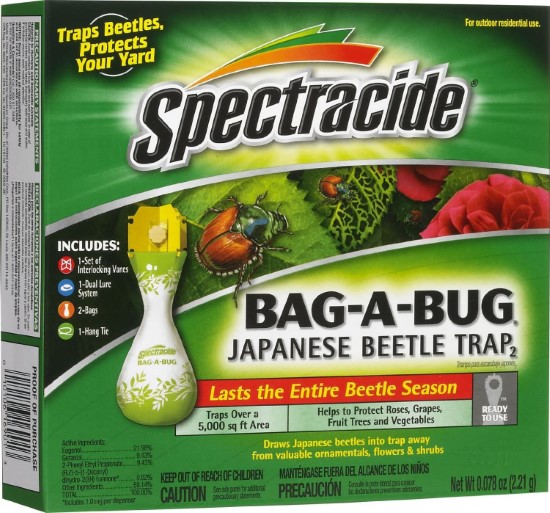 The Ortho product is paramount because you can use it to kill home-invading insects such as boxelder bugs, ants, spiders, roaches, ticks, and fleas. It is versatile, for you can use it to control an area of 5000 square feet. On the other hand, it is long-lasting, where it can last the whole season of boxelder bugs.

I really appreciate the natural pheromones and the proven floral lure because it can attract bugs between two and five times compared to other products. It offers a fast-acting insect, easy-to-use weed control, and lawn disease solutions to assist you in taking landscape and lawn invaders.
What is more, it offers a money-back guarantee, which can guarantee your money back or results.

Boxelder bugs are harmless insects to humans, but they a nuisance in homes. They can cause significant damage to the box elder trees if left unattended. If you follow the above steps, you will be able to get rid of these boxelder bugs. For instance, instead of crushing them to avoid ugly stains, you can seal them to keep them out of the house. For those insides, a vacuum cleaner or soapy water can solve the problem.

5 Best Flea Bombs In 2021 [Detailed Reviews]
How To Get Rid Of June Bugs That Invade Your Garden?
How to Get Rid of Soil Mites In 4 Easy Steps
Can Bed Bugs Live Outside? 4 Interesting Facts About Bed Bugs
How to Get Rid Of Tiny Yellow Bugs (Aphids) In 3 Easy Ways
The 5 Best Gas Powered Hedge Trimmers You Should Check Out!