Have you recently noticed half-eaten leaves in your favorite cabbage and lettuce patches? Are you dreading chemical sprays and pesticides because that is what you promised to keep away from when you started farming? We know exactly how you feel. Here are some easy peasy ways and hacks of how to get rid of slugs and snails with coffee.

What are Slugs and Snails?

In order to understand what we need to eliminate in the first place, let us have a look at what we are dealing with. 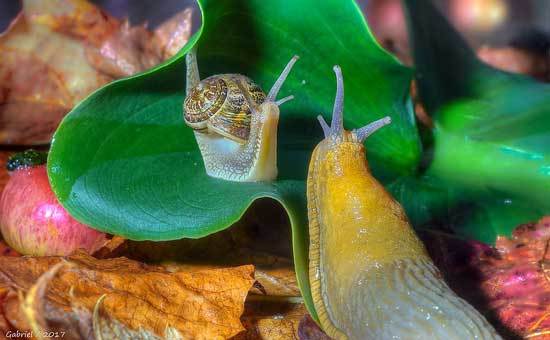 Slugs and snails are gastropods that belong to the taxonomical phylum of Mollusca. They are usually characterized by a shell on their bodies like the snail or a reduced or internal shell like the slugs. Snails and slugs can colonize any place that is damp and has lot of food for them.

Your garden is your labor of love. You don’t want to harm any creature but if it is harming your food, you might as well eliminate them as soon as possible. Prevention, after all, is better than cure. If you have noticed half-eaten leaves and a slimy track in your garden patches, you better get your act together, we tell you. 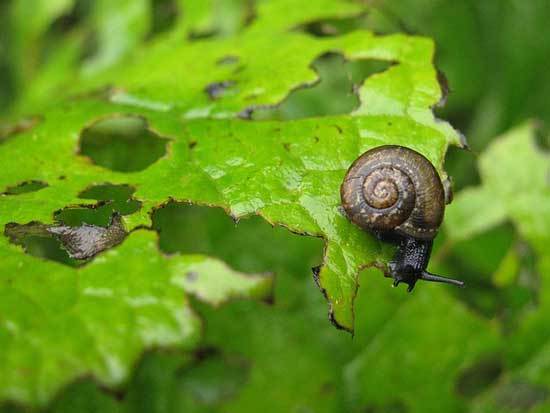 The simplest way is to weed them out physically. You could begin by wearing a headlamp and catching them red-handed in the night. Simply pull them up on a stick and throw them in a bucket of warm soapy water.

Can coffee deter slugs and snails?

Most of the organic farmers in our area use a lot of tactics against these menacing gastropods. It is true that some work while others do not. Have you heard of the coffee hack to keep the menacing fellows away?

Really, even we were shocked! Can coffee help eliminate or at least repel the slugs and snails?

​So we decided to try it out for ourselves:

Here is what we did:

We used the discarded ground coffee to sprinkle it around the area of the garden that we suspected was infested with snails and slugs. We formed a kind of a protective barrier against the slugs and laid it down in rings. 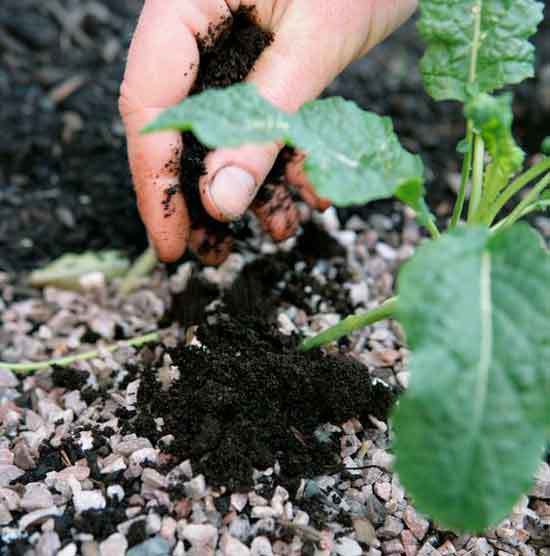 We also distributed the dried coffee ground on some of the beds randomly and even scattered it directly over our lettuce shrubs.

We used the discarded ground coffee to sprinkle it around the area of the garden that we suspected was infested with snails and slugs. We formed a kind of a protective barrier against the slugs and laid it down in rings.

We also distributed the dried coffee ground on some of the beds randomly and even scattered it directly over our lettuce shrubs.

We noticed that there was a significant reduction in the population of snails and slugs in the garden in the next couple of days. Those menacing creatures do hate coffee like the plague! Even the smell puts them off. The resistance that they have for caffeine worked well for the plants and other insects in the soil like the earthworms.

Caffeine in large doses is believed to be toxic to the slugs and snails. When it is administered in small doses, it can reduce their speed. A lot of horticulturists believe that the mere smell of coffee can be a deterrent to the slugs and snails. The introduction of caffeine in their system also stimulates the mucus production in their body making them slower. Besides, coffee does not alter the pH of the soil nor has any side effects on the plants.

The other side of the arguments:

A lot of people still do not believe caffeine can deter slugs from reaching for their juicy leaves. But recent experiments and research prove that slugs and snails do show signs of being repelled from coffee that is sprayed or sprinkled directly.

What are the other ways to control slugs and snails?

There are also other various homemade traps and baits to deter slugs. You could set a beer trap for them. The fermented sweetness of the beer attracts the slugs and the snails that unsuspectingly fall down in the container that is buried in the soil with only its rim outside and meet their end. 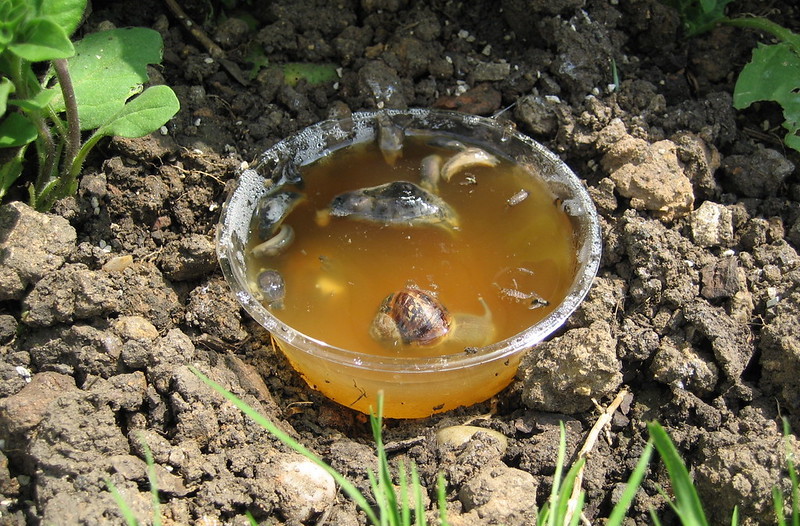 Sluggo is odor-free and long-lasting even after rains. All you have to do is sprinkle Sluggo on the soil and wait for the slugs to die right in front of your eyes!

What do you think of the coffee hack? Do you think it will work for you as well as it did for us? If you ever have to try it, don’t forget to let us know. We’d be waiting! Ciao for now and Happy Gardening!!