12 Of The Most Enchanting Flowers That Start With G

Whether it’s indoors, for gardens, as gifts, even decorations, or wedding bouquets, flowers enchant all who look upon them. They undoubtedly, bring to these moments more than just their lovely colors and sweet fragrances. Because, the right blooms carry with them loveliness, grace, and something ethereal that words might never be able to capture fully. Many of the flowers that start with G are no exception to this amazing phenomenon.

Why not make this six flowers that start with G part of your next special event? Their delicate beauty will surely lift up the spirit. 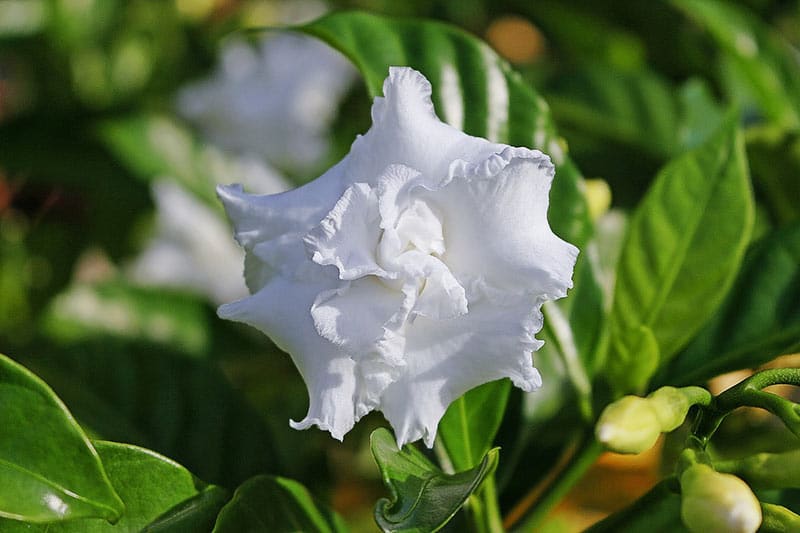 The Gardenia is named after the American naturalist, Dr. Alexander Garden by renowned botanist Carl Linnaeus. This lovely plant with its evergreen foliage and fragrant flowers may be finicky and demanding at times. However, when the regale you with how vibrant and exquisite they are, you’ll surely come under their spell.

Gardenias, especially the white gardenia jasminoides, are symbols of purity and love. Hence, they are a favorite for weddings and anniversaries. 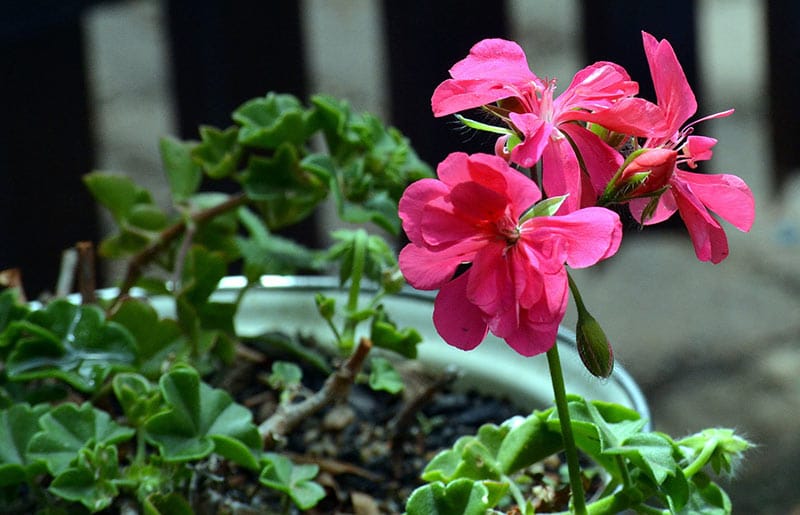 It’s wonderful to think there are over 400 different Geranium varieties found all over the world. These varieties range in shape and color – most striking of which are the two-toned cultivars. With their typically showy blooms, these plants are perfect for those spots in your home or garden that need a splash of color!

The geranium flower can signify friendship, positive emotions, and good health to its receiver. 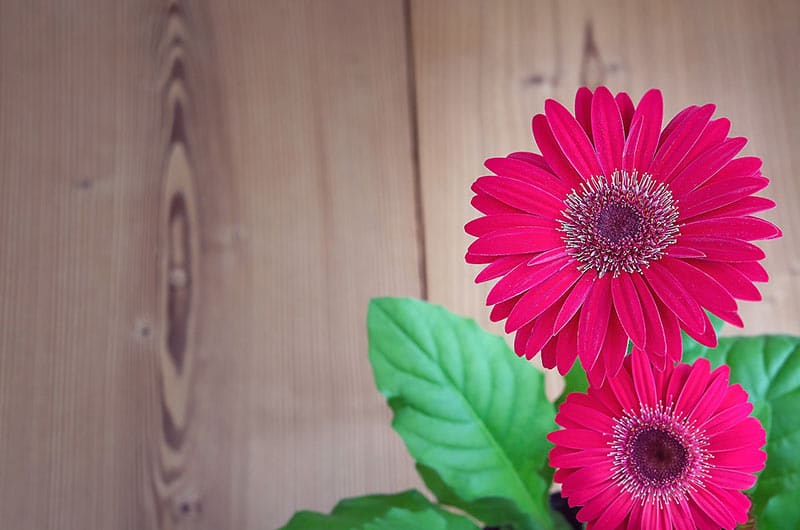 Gerbera’s are one of the most used flowers in the world, fifth in fact. For good reason as they are bright and bold flowering plants that seem to mirror that sun itself, especially the yellow varieties. Also, if you look at a gerbera boom, you do not just see one flower with many petals. Notably, Gerbera flower heads are made up of big clusters of different flowers!

Gerbera’s very strongly represent positivity and the beauty, or more appropriately, thesunshine of life. Also, it carries with it the idea of supreme happiness and completely falling in love. 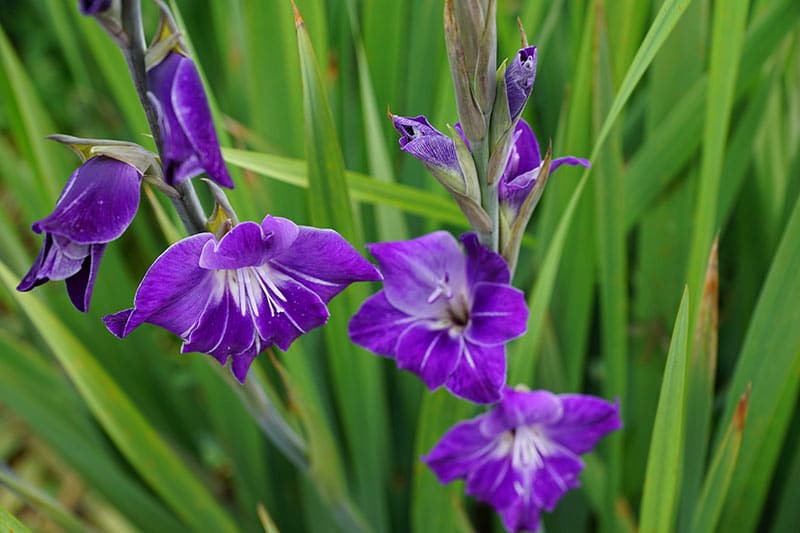 Gladiolus plants bloom in spectacular fashion in their tall spikes of colorful flowers, earning the gladiolus the names “sword flowers” or “sword lilies.” The name is entirely appropriate as the word gladiolus comes from “gladius,” which was the swords used by ancient warriors.

According to legend, The long spire of the gladiolus pierces the hearts of those who fall in love, connecting this enchanting plant to love and deep passion 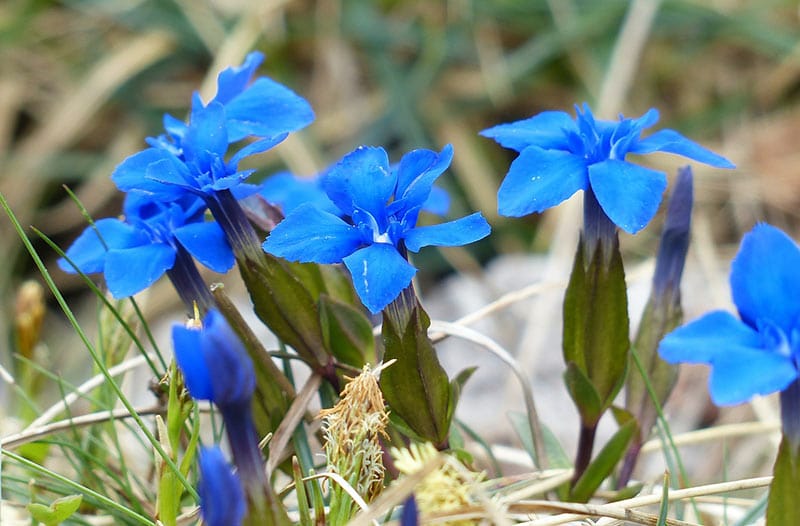 Humans have been using Gentians since time immemorial, often as topical and ingested remedies. Interestingly, these plants are still important, today, for beverages and herbal medicine. Also noteworthy,too, is the plant’s trumpet-shaped blooms, usually in deep colors of blue. 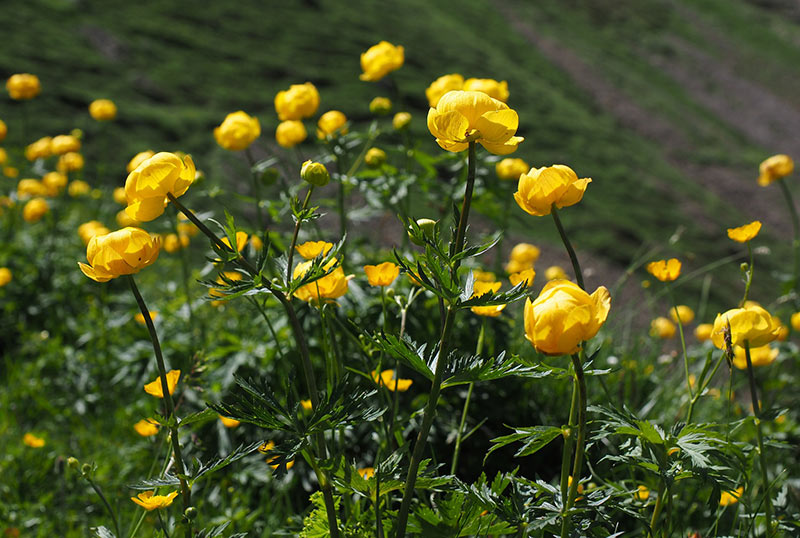 The globe flower’s large golden-yellow ball-shaped flowers are an adorable sight. They are exceptionally beautiful when you grow them in clumps and eventually bloom en masse. These hardy plants require little maintenance but lots of water. However, proper care will give you bright yellow globes that will bring a smile to your face or to those who receive these blooms.

There’s no doubt then that globe flowers represent cheerfulness and jubilation, no matter what we’re going through in life. 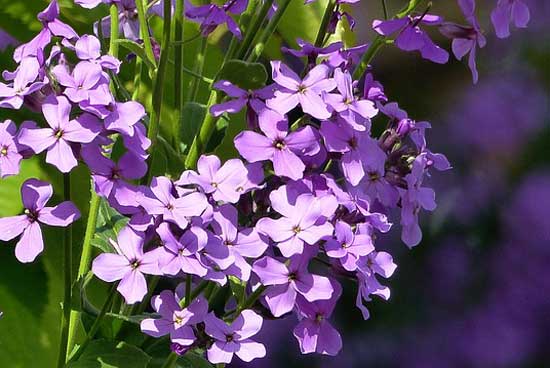 Gillyflower, also spelled as gilliflower, is a fragrant flowering plant of the genus Dianthus. Its flowers vary in colors, but usually have four petals. There are violet and pink as the most common, while others are white, cream and peach.

This flower belongs to the “stock” family. It possesses several symbols. Its blossom believed to represent wealth and opulence. It also symbolizes adoration, beauty, happiness, luck and adoration. 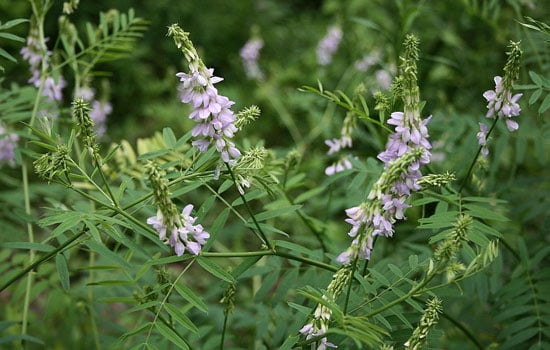 The lilac color and cluster of flower heads make Goat’s Rue easy to identify. Though botanically structured with racemes, each pea-like flower consists of five petals, ten stamens and a single pistil with a short tubular 5-teeth calyx. As mentioned, lilac is the major color of this flower, yet the broad banner varies from white to green-yellow with deep rosy pink wings.

The blooming of flowers is very short lasting only 3 weeks. It usually begins in June and ends in July.This perennial growing wildflower plant grows about 1 to 2 feet high.

Other names of Goat’s Rue are French Lilac, Galega, Italian Fitch, French Honeysuckle, Faux-Indigo, and Professor-Weed. It belongs to the Pea family. This is native to the Middle East, and presently thrives in Asia and Europe.

Its genus name Galega derives from the word “gale”, which is milk, and “ega” that means “to bring on”. Thus, its name is given in reference to the use of goat’s rue that is able to encourage milk flow of goats and other small animals. 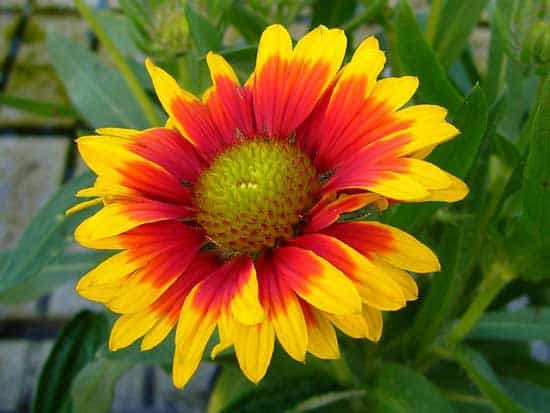 Blanket Flower is the common name of Gaillardia. This botanical name is given after the French magistrate M. Gaillard de Charentonneau, who was known to be a patron for botanists. On the other hand, “blanket flower” is named as is in reference to the traditional textile and blanket patterns used and made by some Native American groups.

This is a genus of plants in the sunflower family known as Asteraceae. It is native to North and South America. There are three major species of this, which are Gaillardia Pulchella, Gaillardia Aristata, and Gaillardia x Grandiflora.

Grow as subshrubs or herbs, Gaillardia produces beautiful and vibrant inflorescence. It beams colorfully like a sunflower. A single flower head consists of at least several florets. Depending on the species, its colors vary from red to orange, yellow to brown, white to purple, but it is typically bicolored - having two or more colors.

This flower symbolizes modesty, joy or happiness, and charm. The official colors, which are old gold and maroon, of Texas State University are inspired by the lovely shades of this flower. 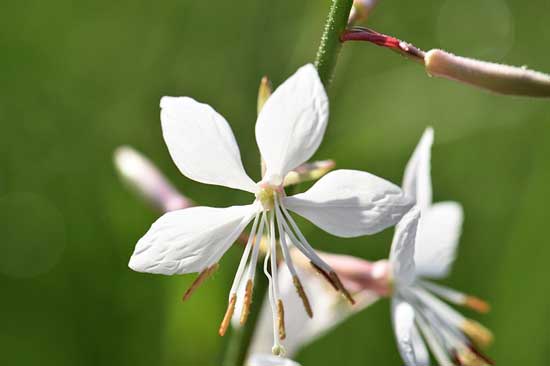 Nicknamed as Whirling Butterfly, Wandflower and Bee Blossom, Gaura is a herbaceous flowering plant that belongs to the Onagraceae family, and is native to North America. Most species are perennials, while others are biennial or annual. Its name is derived from a Greek word “gauros”, which means “superb”.

The blooming period is long compared to other perennial flowers. Once this time occurs, it produces flowers with four (or three) petals that are considered as zygomorphic, which means petals are directed upwards. Pink is the common color, but some bloom in white, cream, gold or white-pink. It easily catches one’s attention with its lance-shaped foliage and dotting flower heads. What’s more is that it is a low maintenance plant. It grows in light, rich, sandy soil and only needs full sun exposure.

Some of the popular species of this are Crimson Butterfly, Sparkle White, Corrie’s Gold, Siskiyou, and Passionate Rainbow. 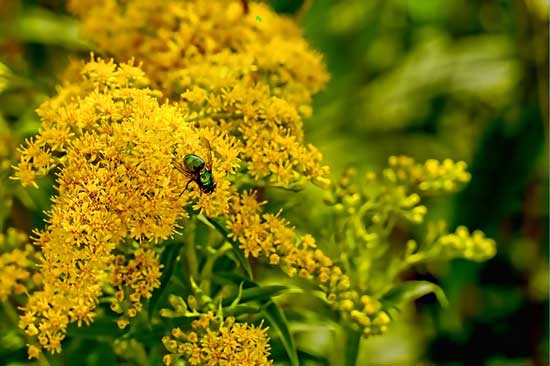 A wide area full of Goldenrods gives a magical look. Its bright golden yellow flowers are literally a ray of sunshine. The bloom of this wildflower certainly makes a beautiful view to any garden. It starts mid-summer and ends after the season, sometimes extending to early fall.

This flowering plant is a part of the aster family called Asteraceae. It is native to North America, South America and Europe-Asia. Nowadays, it can thrive in open, well-drained areas, which include prairies, meadows, and savannas.

Its scientific name Solidago is derived from Latin words “solidus”, which means whole, and “ago” or make. It is believed to have diuretic and anti-inflammatory properties, proving its origin name that it can “make someone whole” or healed.

Once it reaches its maturity and often grows up to 5 feet tall, Goldenrod blossoms in its fluffy and spiky golden yellow flowers in inflorescences. The head resembles a typical daisy featuring disc florets, which can be male, bisexual, mixed or sterile, and ray florets that are either male or female, while others can be hermaphroditic. In addition, the heads consist of 2 to 35 florets, although some species may have 60 florets. 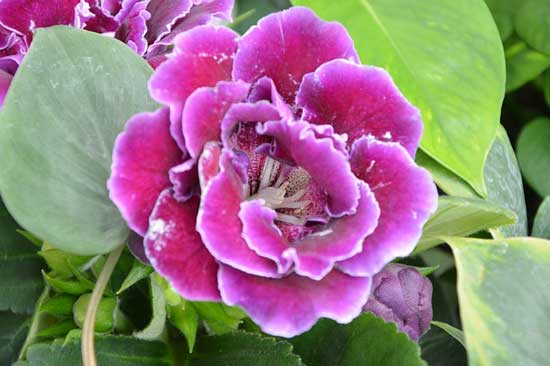 Gloxinia is one of the most attractive, vibrant and colorful flowers you can see at local gardens these days. It produces a lovely bloom of big, tubular, velvet-like and bell-shaped flowers varying in colors from crimson to purple, blue to pink, or bicolored with white.

This flowering plant is included in the Gesneriaceae family. It is native to Brazil, but widely planted in many warm and shady areas with moist, rich soil. It can grow up to 1 foot tall.

This represents “love at first sight”. With its glorious and colorful look, it can surely make you fall in love with it. It also generally signifies lovelife.

How To Get Rid Of Onion Grass?

How Long Do Orchid Blooms Last?
How Often To Water Poinsettias?
Yellow Perennials – 10 of the Most Beautiful Sun-Colored Flowers
Growing Winter Flowering Annuals – What You Need to Know
10 of the Bright Summer Blooming Perennial Flowers
10 of the Pretty Star-Shaped Flowers You Can Grow