How to Revive an Orchid from Dying? This Really Works beyond Imagination

“Miracle” is the perfect term associated with regards to how to revive an orchid. It’s nearly impossible to recover when there’s a strong indication of damage or a positive sign of dying. But you must be optimistic and determined to help save your plant and allow it to grow and bloom beautiful flowers. Otherwise, you won’t have the best interest at heart to take good care of your plants.

Many people would have given up in this case. “It’s just a plant, so what?” If that’s the kind of attitude a person has toward plants in general, it would be totally okay to see orchids dying. But plants are a type of living organisms. Yes, they have life and it should be treated well just like how you normally do with other people and your pets.

Orchids are a versatile plant. They can actually grow almost everywhere from soil to woods, deserts, swamps, beaches and even underwater. It should survive right? Yes, of course if you do how to properly take care of this plant. Remember that this is quite sensitive so extra care is very much needed. 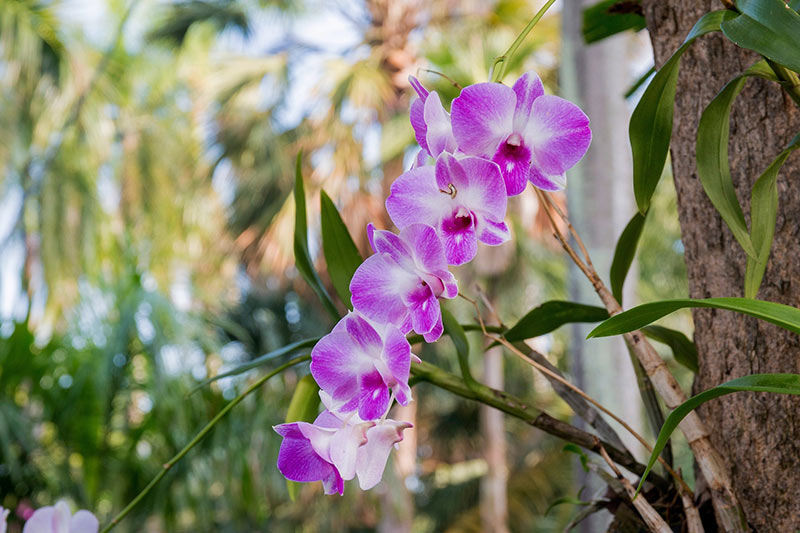 As promised based on the headlines, we’re going to learn how to revive an orchid. If you love your orchids that much, this information is as important as your plant’s life. Therefore, a 100% full attention is definitely a prerequisite.

Signs to Be Aware Of

There’s no problem finding out if your orchid is almost at the edge. The initial indication of that problem varies. If the color has changed into more brown, edges are crinkled, leaves have fallen or stems stopped blooming, it’s certainly a dying orchid. At the point, you can still do something to recover it.

If the part of the plant that connects both the roots and the leaves is mushy, the orchid is already dead. You have to discard it immediately and just get a new plant of the same specie but you need to be more careful for the next one. When you start wondering how to revive an orchid, this should not be the only time when you become protective of your plant. It must be everyday to prevent such problems, including minor ones.

Sometimes, you see the stem’s color has changed and turns into brown. This signifies that there are no more flower buds. This is when you need to cut off the brown flower spike, usually an inch from the base, and let the plant recover over a short period of time.

Leaves often become brown, which is an obvious sign of damage that needs to be pruned. But check other colors also. If they are dark green, there’s not enough light so you must ensure to sit it where it can have sun exposure.
On the other hand, the leaves become white if they get too much light, which is also an issue as it can eventually die and turn into black. Yellow leaves are not a problem but rather a mark of a new growth of leaf to replace a mature leaf. Ensure to water regularly so the leaves won’t become dull or limp.

What really interest people to get some orchids is due to their ability to bloom colorful and pretty flowers. It has a cycle in flower production, but it’s also possible to have premature loss.
In most cases, this happens when the temperature changes, typically lower. It is also a result of too much dryness in the plant or some problems in the roots.

Ways on How to Revive an Orchid 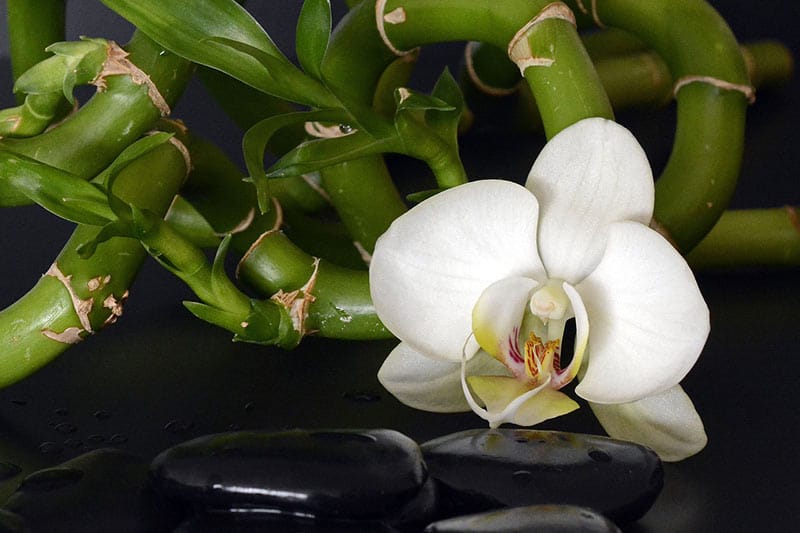 One basic and most important step on how to revive an orchid is to water it. Make sure that it doesn’t get dehydrated. However, use tepid or lukewarm water since this plant somehow relies on a little humidity. Start pouring water from the top and let the water drain through the bottom.
Normally, this kind of plant needs to be watered every four days to allow it to dry out just a bit before the next time you water it. After a few weeks, you can then water it just once a week.

Transferring your orchid to a larger pot with additional new and fresh soil and fertilizer is also one solution concerning how to revive an orchid. As a matter of fact, this should be regularly repotted after it has been drench-watered to enhance the roots to become more pliable, which subsequently reduce the risk of damage.

You ensure your orchid gets enough amount of light. It doesn’t have to be directly exposed to the sun. But it’s alright to place it in an area where it can have direct light from the sun but early in the morning or late afternoon. Regardless, 10 to 15 hours exposure is what it needs.

Orchid is a plant that should be fertilized﻿﻿ once a week after it has been watered. It’s essential to pour the solution as slow as possible to avoid over feeding the plant which can possibly result to killing it.

Always trim leaves, roots or other parts of your orchid that are already damaged. Like other plants, this restores it with a new and much healthier part. Go back again to the list of signs of damage as mentioned above if needed.

These steps are not only applicable when you are trying to figure out how to revive an orchid plant from dying. Each of these are the same tricks to care and nurture your plant to keep it growing and blooding with attention-grabbing flowers.

13 Of The Most Scintillating Flowers That Start With R

15 of the Cutest, Easily Grown Flowering Herb Plants for You
The 7 Best Garden Hoe to Keep Your Garden in Top Shape!
Buy The 7 Best Garden Trowel to Keep Your Garden Looking Great
19 of the Fast Growing Salad Vegetables for Homegrown
Buy The 7 Best Hori Hori Knife For An All-Rounder Tool!!
Buy The 10 Best Pruning Saw For Your Garden!
We use cookies to ensure that we give you the best experience on our website. If you continue to use this site we will assume that you are happy with it.Ok