An anniversary is a day when a couple can look back on the previous year and look forward to the year ahead. Also, an anniversary is a reminder to a couple who may be busy with work, career, and family responsibilities to celebrate their relationship and all they have achieved and want to achieve in the future.

An anniversary honors your relationship, and couples exchange gifts to show respect, appreciation, and gratitude. For around 100 years, there has been an anniversary list by years that states which gifts symbolize each year, starting with fragile paper for a first anniversary and progressing to the sturdy oak representing the 80th anniversary. What is less well known is that there is also a list of flowers chosen to represent each year of marriage.

You can start a family tradition to follow the traditional list of anniversary flowers or stick with her favorite blooms. If she loves roses, consider roses that have been picked at the peak of perfection and then preserved for a lifetime. These make for beautiful home décor pieces that will be a daily reminder of the love you hold for her.

Every anniversary is associated with a color, so if you find it difficult to find the anniversary flower locally, choose a rose in the anniversary year color. The number of roses gifted also has reasons, whether you gift a single rose or dozens. For example, a single rose indicates 'love at first sight' while two single roses are gifted to the one you are deeply in love with. Three roses say 'I love you' while four roses say that 'nothing will come between us'. 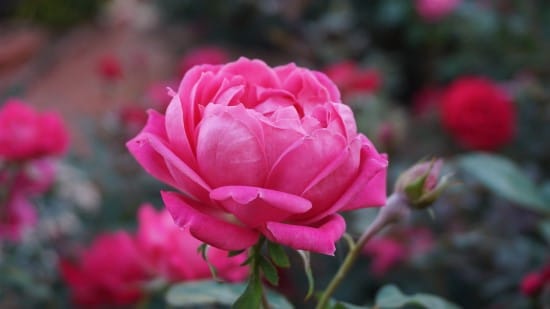 Your bouquet should be made from pansies, small and delicate, representing the year in which you are settling into the foundation of your marriage, which will continue to grow and strengthen in love. Alternatives are gold or yellow flowers that represent optimism. However, yellow roses represent friendship rather than romantic love, so opt for gold rose for your first wedding anniversary flowers.

The cheery cosmos, looking a little like a daisy with its oval petals and central yellow cluster, is the flower representing a second anniversary. Available in a range of colors, choose red, which is the color that reflects intense love and the color for the anniversary, as love is still new and intense. 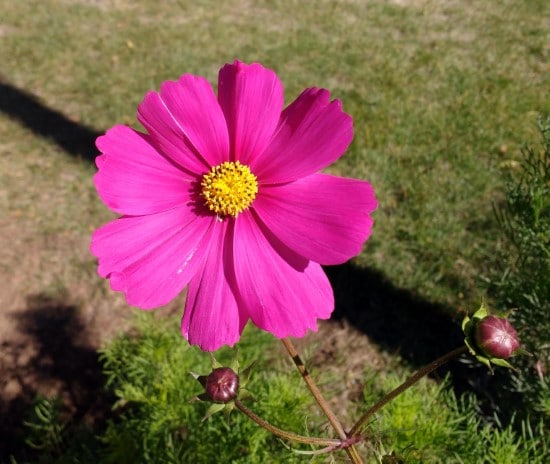 Fuchsia are flowers that represent confidence and trust, built over three years of marriage. The color for this anniversary is the light-yellow tan color of fawn, or you could use the color green from the jade gemstone that also marks this anniversary. 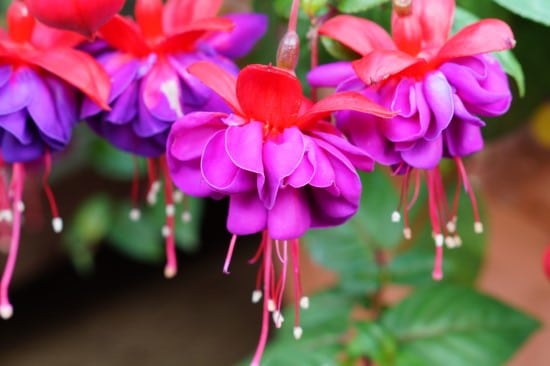 Gift a bouquet of natural geraniums in a combination of pink, purple and red shades offset by white stems. The flowers represent the unexpected future. The colors for this anniversary are blue and green.

Daisies are the flower representing a fifth wedding anniversary, symbolizing the foundation built through your marriage to date, even if your love is still young. Daisies are in a range of colors though white is most common. The color for this anniversary is turquoise, though you can also choose pink after this year's gemstone, pink tourmaline. 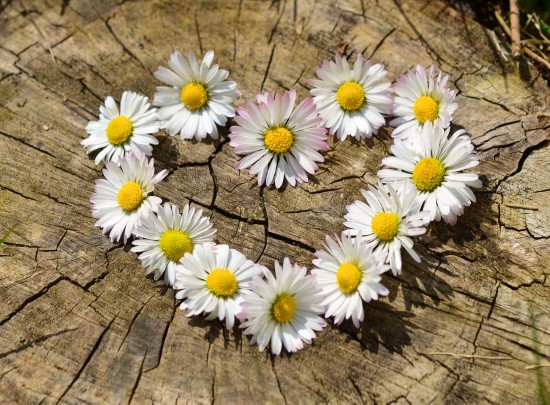 Here is a list of all the flowers, colors, and gemstones associated with each anniversary. Even if you do not follow this tradition each year with flowers, you can use the suggestions towards the gifts you choose or towards your party's color scheme to celebrate your marriage at any anniversary date.

We use cookies to ensure that we give you the best experience on our website. If you continue to use this site we will assume that you are happy with it.Ok