How Long Do Mushrooms Last?

A healthy diet is a key to a healthy lifestyle and the policy is being increasingly adopted by a majority of people. People have become vastly more health-conscious than they were a few years ago.

So people are permanently adopting diets to worry less about their health. This has led to the trend of becoming a vegan. Even non-vegetarians are adopting more vegetables in their diet to get more healthy. One such food item is mushroom. We have to know how to store them and how long do mushrooms last?

Going vegan is the new trend among people. Do not think of yourself as outdated if you don't know what that means. Veganism is simply a new trendy word for becoming a vegetarian. 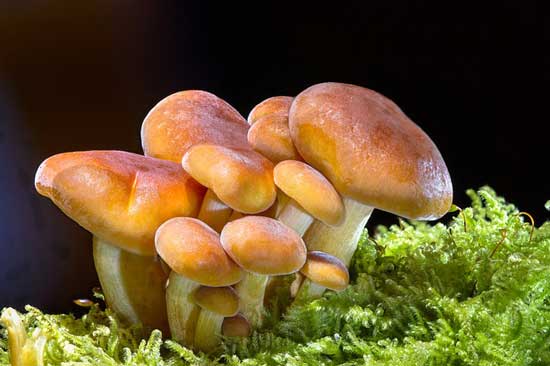 With the rising level of pollution and the growing stress of our lives, getting the right nutrients for our body has become more daunting. We often ignore our basic health care because simply we don't have the time to stop and think about it.

We all know mushrooms are technically not a vegetable, but a fungus. However, it has become an essential ingredient of many delicious vegetarian dishes.

Can They Go Bad?

Mushrooms have rapidly become a favorite choice when it comes to fine dining. They are also very rich in proteins and hence are healthy for us. However, we need to take care since they are wild produce, some of them can be extremely dangerous for our bodies. So, it's always advised to purchase mushrooms only from a trusted seller. 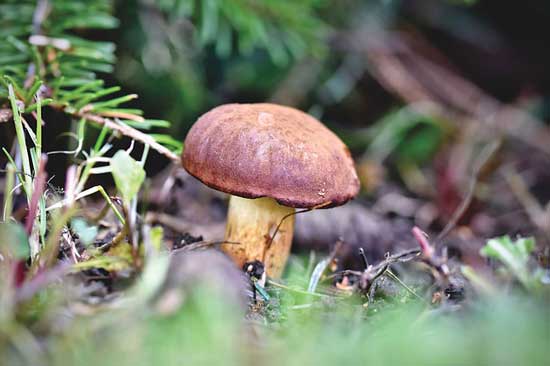 Even if you pick the right mushroom then like other common vegetables they also have a period after which they can go bad. And identifying if a mushroom has gone bad is very vital because a bad mushroom can be potentially dangerous for anyone.

How Bad Can A Mushroom Be?

The problem with the mushrooms is that there are simply so many varieties that it is very difficult to differentiate. The toxic ones can look almost identical to the good ones. So they should only be bought from an expert. 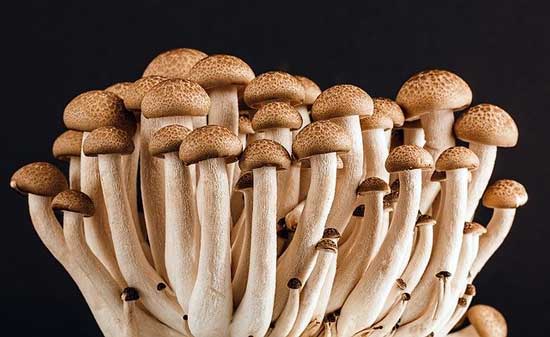 When buying from a professional the chances of getting mushroom poisoning are very low but sometimes we may get poisoning from consuming a mushroom that was once good but has gone past its prime now.

Mushrooms come in a large number of varieties and so do the variety of problems that come with it. Unlike consuming any other bad vegetables, the problems that arise with eating bad mushrooms are potentially lethal.

The list of the various problems that can occur due to the consumption of bad mushrooms are given below:

This is a common problem that generally affects the intestinal tract of a person. Salmonella is a problem that commonly arises due to the consumption of contaminated food and water. Eating bad mushrooms can also cause this problem.

It can be very dangerous for a person as even after the problem has gone the intestinal tract may take several months to return to its normal state. The common symptoms of salmonella are:

It's actually a bacteria that lives in our intestines. The full name of the bacteria is Escherichia coli. Generally, this bacteria is harmless and helps in digestion, but consumption of bad mushrooms can expose us to the dangerous strands of this bacteria.

The common symptoms of E.coli infestation vary from person to person, but the basic symptoms are: 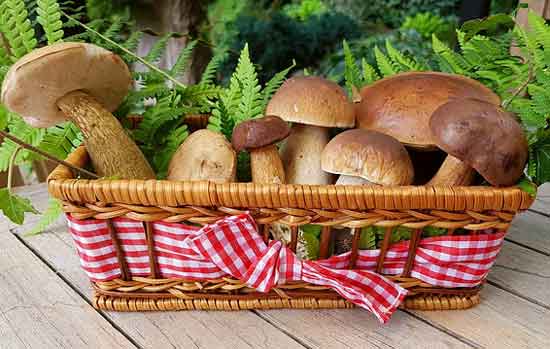 Clostridium botulinum is a bacteria that causes the rare complication known as Botulism. This particular group of bacteria is considered to be one of the most dangerous and we can be exposed to them by consuming bad mushrooms.

Botulism generally affects the nervous system. The common symptoms of botulism are:

How to Identify If the Mushrooms Are Going Bad?

So far we have covered the grounds on what are the problems of a bad mushroom and the extent of their severity when consumed.

The following list contains some basic pointers on how to identify if the mushrooms have started going bad.

This is common sense, actually. Do not confuse it with the natural odor that the mushrooms emit, but they are very light and subtle. However, if you pick up a bunch of mushrooms and the odor is completely overpowering then they have definitely gone bad.

Sometimes the mushrooms start to get dry and develop wrinkles when they go bad. Although it's okay to cook little dry mushrooms, if you do not feel at ease with the extent of wrinkles on the mushroom it's a much safer option to discard them rather than consume them. 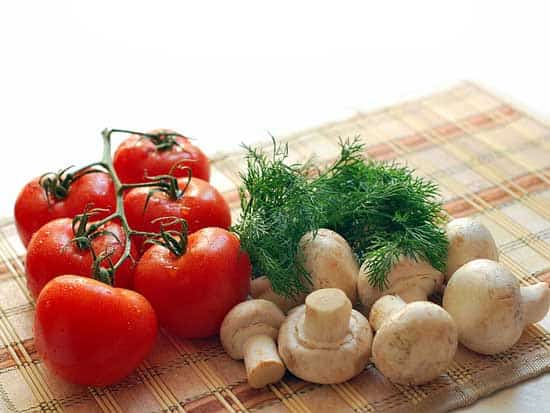 Dark spots are the signal that the mushrooms have started going bad. If you observe dark spots appearing on your mushrooms, then it’s an indication for you to either use them as soon as you could otherwise it’s best to discard them.

Check If They Have Become Slimy

The most common pointer of a mushroom going bad is that when they start becoming slimy. Although it's not completely inedible when they are slimy why take a risk for you and your family?

It’s best to throw out any slimy mushrooms you might have in your kitchen to prevent any kind of accidental consumption.

Different types of mushrooms have different periods of usage periods. According to consensus, the mushrooms can be consumed averagely up to 2 weeks after it has been purchased. If you have any mushroom lying around in your kitchen for 2 weeks or more then it's better for you to have a look at them. If they have any of the above-mentioned points, then it’s better to throw them out.

So How Long Do the Mushrooms Last?

As we have mentioned earlier, the mushrooms have different shelf lives for different varieties. But given below is an aggregated data about the expected shelf life of mushrooms.

The shelf life of the mushrooms can always be extended by storing them properly.

How to Increase the Shelf Life of Mushrooms?

Not just for mushrooms, but for any other vegetable or food items, their shelf life can be increased to an extent by the application of proper storage techniques. Some of the pointers that might help you to increase the shelf life of the mushrooms are given below: 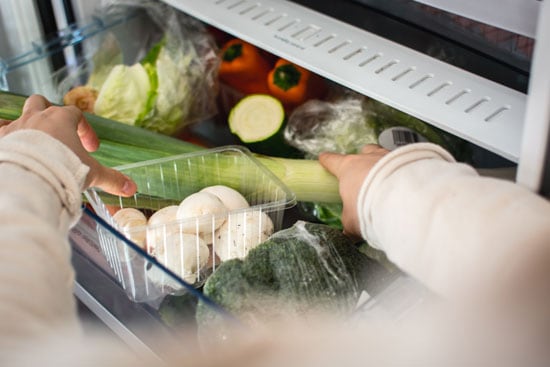 Mushrooms can also be frozen after some kind of preliminary cooking like steaming, sauté or blanching.

Care must be taken to ensure that wherever you store the mushrooms there should be sufficient space for breathing and circulation of air, all the while keeping the check if they are becoming too dry or not. The best way for this is to place the mushrooms in a paper bag in the fridge.

Stored in Plastic Containers with A Moisture-Absorbing Material

By now it must be clear to you that the key to keeping a mushroom, fresh is to keep it away from any kind of moisture. So the best way to store or preserve mushrooms is to place them in a plastic container that is preferably lined with paper towels.

The plastic containers keep the mushrooms breathing and also prevents them from becoming too dry. Whereas the paper towels serve the purpose of capturing any moisture that might enter the container.

They Should Be Kept Under Properly Sealed Conditions

Mushrooms are a versatile vegetable that can be used in many different ways and you can always come up with new ways to use them up before they go bad or when they have just started going bad.

This technique is the best way of preserving mushrooms. Canning of mushrooms can be done in two ways- pressure cooking or water bathing. The pressure cooking method is the most preferred option since it eliminates the chances of developing any botulism.

It normally involves boiling the mushrooms nearly at 250°F to kill off any bacteria that might be present in it. 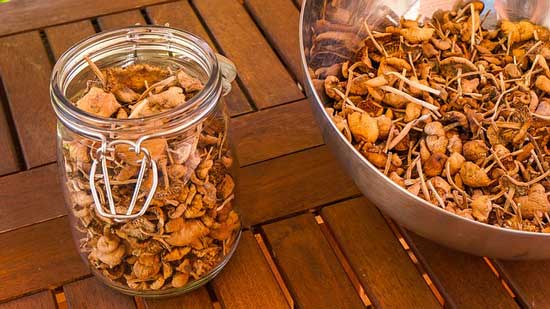 The water bathing method is not normally used since this method is not capable of killing the botulism bacteria, but can also be preferred for retaining the freshness of the mushrooms.

This is a quirky way and is not very effective, but is delicious. Mushrooms can be covered in a pickle and stored in the refrigerator. This is not very useful for killing bacteria, but it adds the taste of pickle to the mushrooms that might be liked by some people.

This is the tastiest way of preserving the mushrooms.

The Best Way of Storage Is by Maintaining the Temperature

We have said this time and again, that the conditions or methods of preserving and storage of mushrooms are very different for different varieties of mushrooms. So, the above-mentioned methods can be sufficient for some types but are not applicable to all types of mushrooms.

The point of saying all these is that you need to consult with an expert or the seller of the mushrooms to determine the best method to store or preserve your mushrooms. They are already fungi, so maintaining their freshness is a tricky matter.

So the bottom line is, don’t blindly follow the information given in this article, or any other article for that matter, consult with people who have cooked with the same ingredients before. Always use your intelligence and personal experience before jumping to any conclusions.

So basically, it does not matter if you are a vegan or not, vegetables have become an essential part of our diet and people are now more conscious about what they consume daily. This has led to an outbreak of a slew of vegetarian delicacies.

We all know that vegetable dishes can be a little mundane when compared to their non-veg counterparts, but chefs are incorporating exotic vegetables and sometimes even common ones to add a zing to the boring dishes.

So, you have finally reached the conclusion part of this article. Well, I am glad that you made it.

And also, if you have made it so far then that means by now you have developed an interest in the mushrooms. I well hope that the article was very much helpful for you and if you are tending to prepare some dishes using mushrooms then you might want to give this article another read for understanding.

All the pointers and steps and methods that have been listed here are made from the consensus of various user experiences and have been carefully curated. But before you apply any of these methods, I would suggest you consult someone with experience and frame your requirements and make the arrangements accordingly.

10 of the Small Vegetable Plants for New Gardeners

The 5 Best Fertilizer For Carrots In 2021

How To Tell When Is Corn Ready To Pick

Do You Know When to Pick Okra During the Harvesting Time?

Find How To Store Okra In The 4 Best Ways

10 of the Small Pumpkin Varieties You Can Easily Grow

Do You Want To Know What Does Sage Smell Like?

Learn How to Grow Black Beans In 7 Easy Steps

10 of the Small Vegetable Plants for New Gardeners
The 5 Best Fertilizer For Carrots In 2021
How To Tell When Is Corn Ready To Pick
Do You Know When to Pick Okra During the Harvesting Time?
Find How To Store Okra In The 4 Best Ways
10 of the Small Pumpkin Varieties You Can Easily Grow