Pumpkins are herbaceous plants that grow on the ground. They form large and rough leaves. Since ancient times, these vegetables have been used by the Aztecs and other Native American tribes. The vegetable has gained a considerable following. The pumpkin was adored by the poor in Europe for the large fruits and versatility.

Cows are big consumers of pumpkins. Compared to other animals, which eat pumpkins, they essentially know how to break the plants into pieces for quick and easy consumption. Pumpkins are rich in raw protein and also contain a lot of moisture. When combined with dry forage makes it an excellent food supplement for the cows. 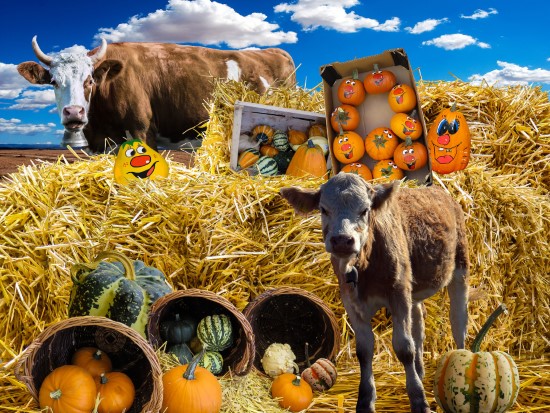 You may be wondering if it is safe for cows to feed raw pumpkins. It is perfectly safe to feed your cows with raw pumpkins. Just smash the pumpkin, and the cows can enjoy the diet. Also, you can provide your cows with the leaves because they can break them down quickly.

The deer is known as the animal, which loves to eat pumpkins. They are most common in the fall and summer. Deer can take their first bite even before you start to harvest pumpkins. They enjoy ripe pumpkins as they are suitable for the stomach. 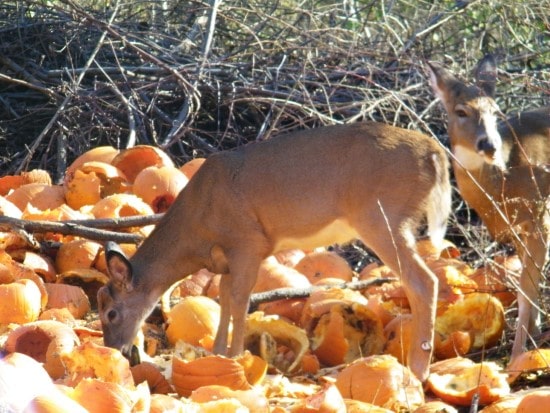 Pigs are smart animals, which will eat anything, and they are no exception to pumpkin. They enjoy eating them very much. You do not even have to cut the pumpkins into pieces because they break down the pumpkins by themselves and eat them right away. Even though pigs love to eat pumpkins, they do not eat a large amount at the same time. Therefore, it is recommended to mix them with different conventional food sources and feed them. Also, you can feed the pigs with raw or cooked pumpkins. 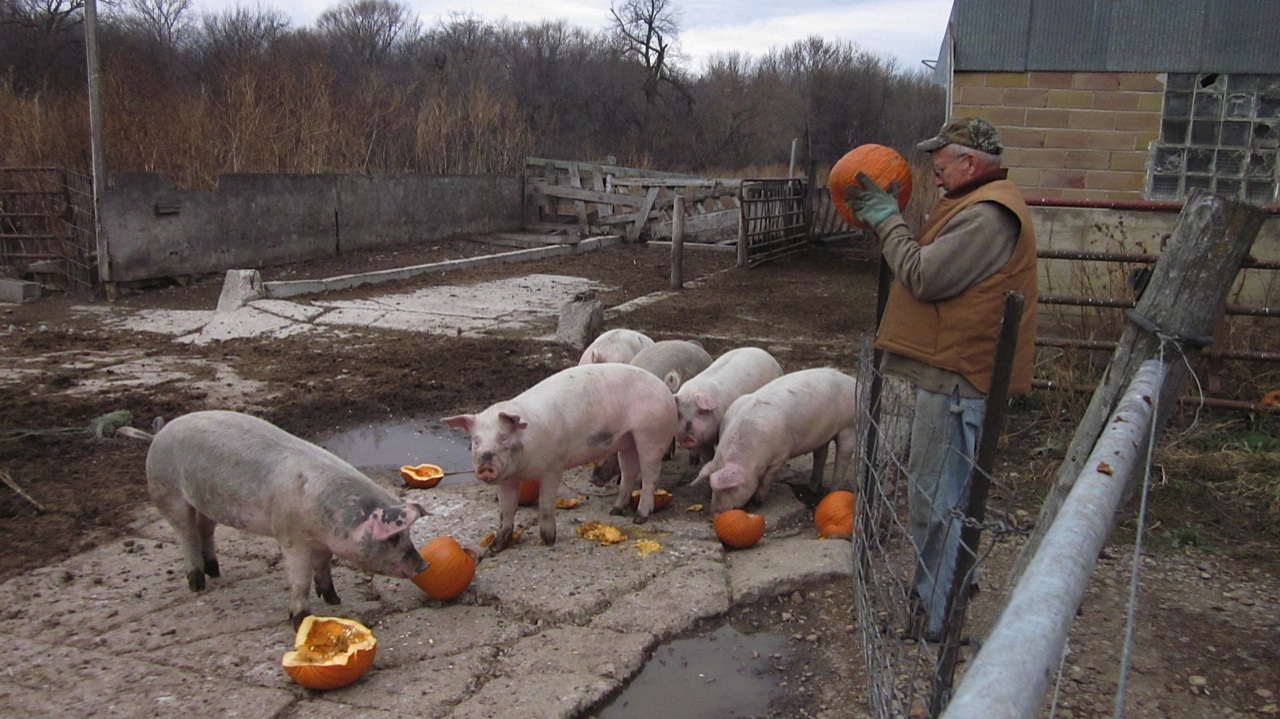 Woodchucks also love eating pumpkins. These animals can jump over the fence quickly. So don't make a mistake to believe that woodchucks won't interfere with your pumpkins once you have the fence. Although there are twigs around the pumpkin, woodchucks can destroy them to access the pumpkins. 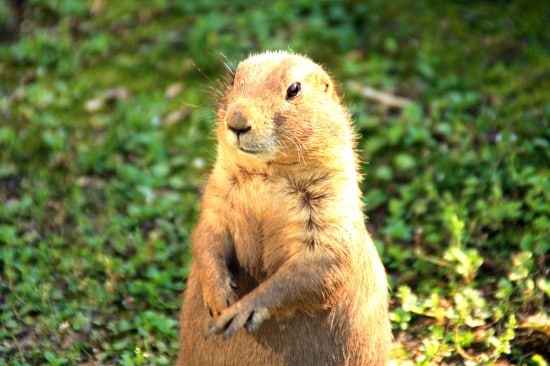 Dogs are not the typical animals, which eat pumpkins, but some breeds enjoy these plants. Surprisingly, pumpkins are very beneficial for the health of the dogs. Dogs with weight loss and indigestion problems can find relief by eating the pumpkins. Also, the plants are a good source of fiber that the dogs need. 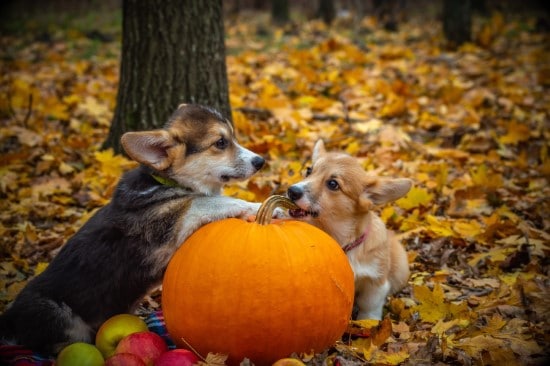 However, be careful not to overfeed your dogs with pumpkin. The reason is that pumpkins are high in vitamin A and too much of it may be toxic. Dogs are not like chickens, which require adequate vitamin A to be healthy and fertile. Suppose you want to feed the dogs with pumpkins, cook, and mix them with regular dog food. Also, you can feed them with pumpkin alone, but not very much.

Raccoons and mice are also the common animals that eat pumpkins. They don't eat them from above; instead, they dig the ground and start to eat from there. They not only destroy the roots but also ruins the vegetables. This quickly kills the plant even before the harvesting period is realized. 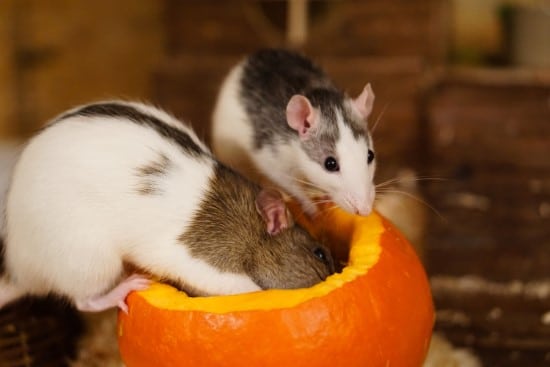 Like most animals, cats eat pumpkins. Even though they may not be allowed to eat as avidly as other animals, but they value them as a diet. Pumpkin contains zinc, which improves the cat's health. Cats also get a healthier coat when they eat pumpkins. 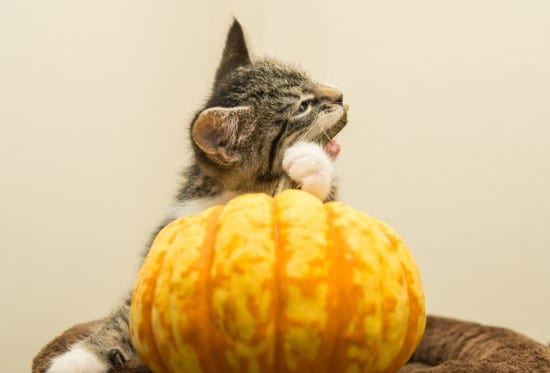 Like dogs, pumpkins can help the cats that are suffering from weight loss. If you have a cat in this condition, you need to replace some of its regular food with a pumpkin. Once this method is followed for some weeks, you will undoubtedly notice significant improvement.

Not all horses love eating pumpkins, but this does not change the point that horses eat pumpkins. Some of them find the flavor of pumpkin being attractive. These horses can be fed on these nutritious plants. However, it is essential to know that horses should not be fed with many pumpkins. Essentially, they should be fed in moderation because pumpkins have a high level of potassium.

Much potassium is not suitable for the horses as it will harm them. Do not make the dreadful mistake of feeding your horses with rotten pumpkins. If you must feed them, make sure the pumpkins are free from rot and fresh.

Pumpkins have a lot of benefits. The yellow flesh is full of fluorine, iodine, manganese, copper, phosphorus, and potassium. It contains vitamins A, C, E, D, and the relatively rare vitamins K, T, and PP. Vitamins B, C, E, and beta-carotene are natural vitamins that are vital for animal health. Pumpkin has much more carotene than carrots, which means it should be on the table for anyone who has vision problems.

Dishes made of pumpkins are easily digested by the body, requiring no effort to digest. That is why pumpkins purees and juices are included in the menu of many animals. Pumpkin has a laxative effect and is very gentle on the gastrointestinal tract.

Some of the benefits to animals are improving digestion and blood formation, normalizing stool, lowering the acidity of gastric juice, reducing swelling, normalizing weight, and improving liver and heart function. Also, pumpkins have a natural antioxidant that has the unique property of slowing down the body's aging process.

Growing Pumpkins on Your Plot

The best pumpkin is the one that is grown with your own hands. The vegetable will not require complex care. It would be best if you chose an open flat sunny plot for planting. Sown seeds are covered with a film, and when the sprouts get stronger, remove them. The pumpkin should be frequently watered and loosened. After that, no other care will be needed.

For the fruits to be larger, the pumpkin will need to be fertilized. Two good feedings during the whole period will be enough. The first time three or more leaves appear on the sprouts, and the second time, the wings form. Using concentrated pumpkin fertilizer is the easiest way to provide the plant with minerals.

Pumpkins often mature while lying on the ground. Rains or frequent watering can cause the pumpkin to rot. Therefore, while the fruit has not yet gained weight, make a substrate for it. Put four bricks or stable stones on the ground and a board on top. On it, on the elevation from the ground, let the beautiful pumpkin grow.

Pumpkins are not the conventional food that prevents animals from starving. Essentially, they surpass the satisfaction of farm animals. These plants are the vital substance, which inevitably improves the animals' health. Getting the pumpkins to feed the animals is also not difficult. You can get as many pumpkins as you like by contacting the local pumpkin growers and enquire from them.